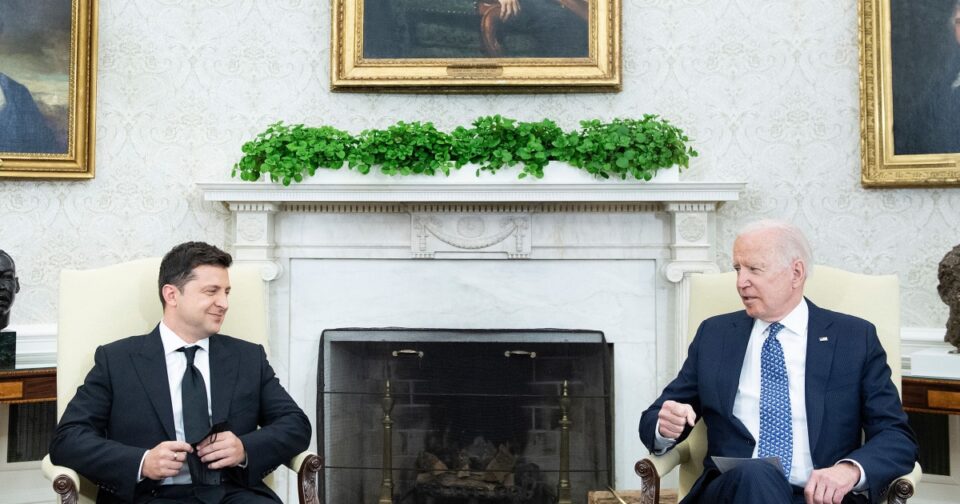 President Joe Biden plans to speak by phone with Ukrainian President Volodymyr Zelenskyy on Sunday to reaffirm U.S. support for the country’s sovereignty and territorial integrity, the White House told reporters on Friday.

Russia has amassed 100,000 troops along the Ukrainian border, prompting fears of an invasion as early as next month. The scheduled call comes amid tense diplomatic discussions between the U.S. and Russia.

Both leaders will discuss Russia’s military build-up on Ukraine’s border, and review preparations for upcoming diplomatic talks to de-escalate the situation in the region, the White House said.

Biden on Thursday warned Russian President Vladimir Putin that the U.S. could impose new sanctions against the country if it takes military action against Ukraine, during a nearly hour-long call between the two leaders.

“President Biden urged Russia to de-escalate tensions with Ukraine. He made clear that the United States and its allies and partners will respond decisively if Russia further invades Ukraine,” said White House press secretary Jen Psaki in a statement Thursday.

Biden’s remarks were similar to those in a call with Putin on Dec. 7, in which Biden said Moscow would face “severe consequences” if it attacked Ukraine.

Biden spoke with Zelenskyy earlier this month to reaffirm U.S. support for Ukraine. At the time, Biden told Zelenskyy that the U.S. and its European allies are prepared to pursue “strong economic measures” to punish Russia as well as boost the capabilities of NATO allies near Ukraine if the Kremlin moves forward with an invasion.

Russia has repeatedly denied that it has any plans to attack its neighbor, but Biden administration officials have said they are preparing for such a possibility.

The U.S. and Russia are scheduled to hold security talks on Jan. 10. Biden and Putin are not expected to participate.

Kenya in close presidential election amid prayers for peace