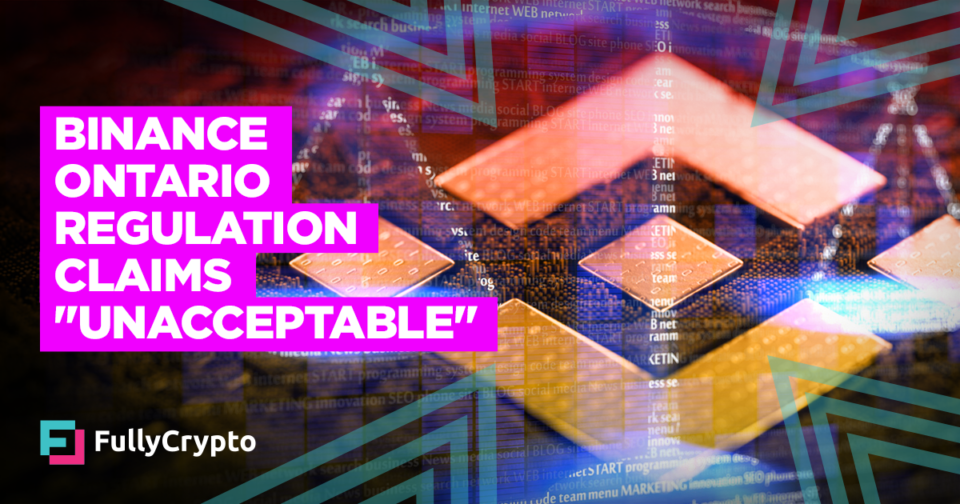 The Ontario Securities Commission (OSC) has strongly denied that Binance has been awarded authorization to operate in the country after the exchange intimated that its users had been given a reprieve. Binance had warned Ontarians that they would have to close their accounts at the end of 2021 due to new legislation by the OSC, but in the last few days has been informing users that it has taken the regulatory steps needed to allow them to continue. The OSC however has flatly denied that this is the case, leading to mass confusion with just one day to go until the apparent deadline.

Binance wrote to Canadian users in June to warn them that impending changes in legislation might result in them having to close their accounts on December 31, 2021. However, users have been reporting the receipt of recent updates from Binance telling them that such action would no longer be necessary:

As a result of ongoing and positive cooperation with Canadian regulators, Binance in Canada has been successful in taking its first steps on the regulatory path by registering in Canada as a money service business with FINTRAC.

Binance added that as a result “there is no need for Ontario users to close their accounts by December 31, 2021.”

This message has not gone down well with the OCS however, who posted a response yesterday that categorically denied Binance’s claims:

The Ontario Securities Commission (OSC) is notifying investors that Binance is not registered under securities law in Ontario. This means they are not authorized to offer trading in derivatives or securities to persons or companies located in the province.

Binance represented to OSC Staff that no new transactions involving Ontario residents would occur after December 31, 2021. Binance has issued a notice to users, without any notification to the OSC, rescinding this commitment. This is unacceptable.

No entity in the Binance group of companies holds any form of securities registration in Ontario.

Binance has yet to respond to this OSC castigation, and users will be hoping something comes in the next 24 hours to ease their concerns.