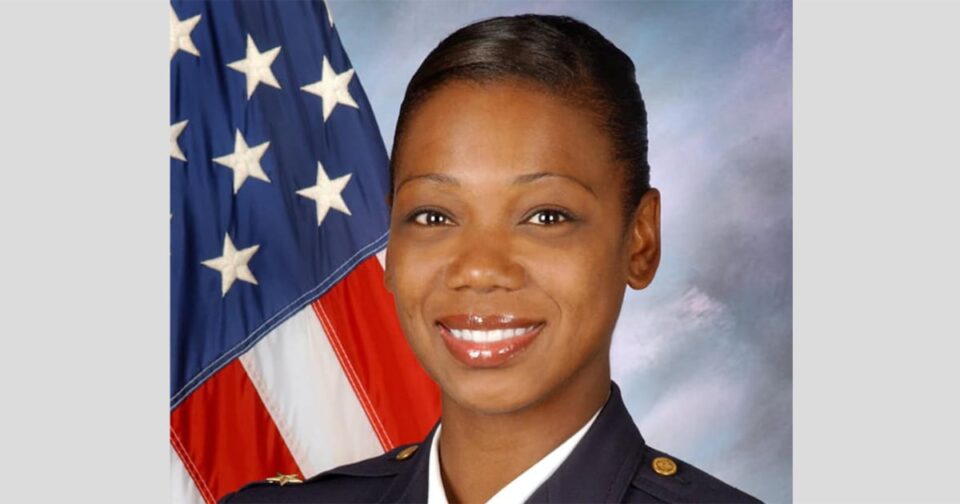 As she was sworn in late Saturday Keechant Sewell made history, becoming the first female commissioner of the New York Police Department since it was founded 176-years ago.

“This oath reflects my deep commitment to our great city — and the individuals who are ranked as New York’s Finest,” Sewell, 49, tweeted after the ceremony the city’s police headquarters. “I’m privileged to be here and ready to work!”

Sewell became the 45th police commissioner of the nation’s largest police force after serving as chief of detectives in the Nassau County Police Department where she was based for 25 years.

She chose Edward Caban, a former commanding officer of the Harlem district, to be her second in command.

Sewell was selected by New York’s new mayor Eric Adams, who was also sworn into office on Saturday in the city’s Times Square.

Placing one hand on a family Bible, he held a picture of his mother Dorothy, who died in 2020, in the other, as Associate Justice Sylvia O. Hinds-Radix of the state Supreme Court’s appellate division swore him in.

A former police captain himself, Adams, 61, spoke out against crime, policing and racial injustice on the campaign trail. He had also promised to choose a female police commissioner for his administration.

Both Sewell and Adams will have to grapple with an uptick of gun and violent crime.

“We want to do gun interdiction, we want to do anti-gun units, we want to do all sorts of things we can use to stop the violence in the city,” Sewell told NBC New York after her new role was announced last month.

New York City is also grappling with an influx of new Covid-19 omicron infections. Adams has said he is considering an extension of the city’s strict vaccine mandate to public schools and is committed to keeping schools open and avoiding any further shutdowns in the city of 8.8 million.

An unconventional politician, Adams has authored a book on the benefits of veganism, which said it helped him with diabetes. He has also shown off his favorite smoothie recipe on social media.

He has also been known to frequent some of the city’s nightclubs, saying during an appearance on Stephen Colbert’s late-night show that, “This is a city of nightlife. I must test the product. I have to be out.”

This bus won’t get you out of Hong Kong, but it might get you to sleep