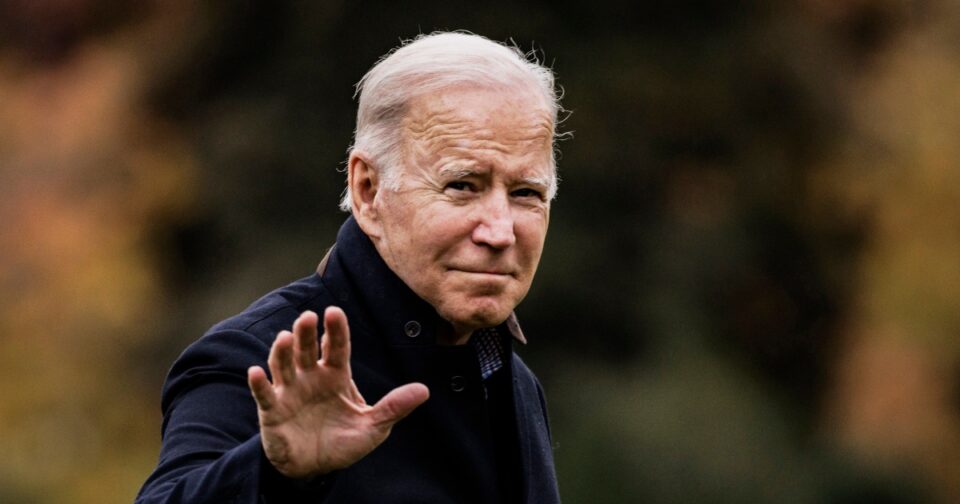 WASHINGTON — If it’s Monday: We are now 309 days out from the 2022 midterms. … U.S. Covid cases continue to skyrocket. … President Biden talks at 1:30 p.m. ET about ways to lower meat prices. … Donald Trump endorses more GOP candidates. … And the late Harry Reid will lie in state at the U.S. Capitol on Jan. 12.

But first, here are two of the most important things you need to know about the upcoming midterm elections: One, the sitting president’s party almost always loses House seats in these elections.

And two, the midterms are almost always a referendum on the president.

On average, since the Truman Era, a president’s party loses more than 29 House seats in his first midterm election. (This year, Republicans need to pick up just 5 seats to win back the House.)

A President’s First Midterm since WWII (in House seats gained/lost. per Vital Statistics on Congress):

But in the seven times when that president’s job-approval rating was below 50 percent, his party lost an average of 43 House seats.

That President’s Approval Rating in September of that Election Year, per Gallup:

The one time when a president gained seats during his first midterm: Bush 43 — when his job rating was in the 60s after 9/11.

So between now and November, be sure to watch President Biden’s job rating, which is currently in the low 40s. It will tell us almost everything we need to know about the political environment this midterm season.

Of course, there are also two pretty big wild cards to watch beyond Biden’s job rating.

Wild Card No. 1 is Donald Trump and how his endorsed candidates fare in the midterms.

Wild Card No. 2 is a big event beyond what’s already baked into the current political environment — something like Russia invading Ukraine.

Data Download: The number of the day is … 52 percent.

That’s the share of Republican respondents in a new ABC News/Ipsos poll who say those involved in the Jan. 6 attack on the U.S. Capitol were mostly protecting democracy, versus 45 percent who characterized it as a threat to democracy.

By contrast, 96 percent of Democrats said the attack was “mostly threatening democracy.” That’s the dominant public view too, one shared by 72 percent of American adults.

Other numbers you need to know today:

22,737: The number of deaths in the United States from Covid, per the most recent data from NBC News, since our last newsletter on Dec. 17.

829,217: The total number of Covid deaths in the U.S. since the beginning of the pandemic.

4,716,452: The number of confirmed cases of Covid in the United States, per the most recent data from NBC News and health officials, since our last newsletter.

37 percent: The increase in average daily Covid hospitalizations since our last newsletter, from 68,073 to 93,281 by Sunday morning, per NBC News.

Trump also endorsed Alaska GOP Gov. Mike Dunleavy — but on the condition that Dunleavy would not support GOP Sen. Lisa Murkowski, who voted to convict Trump in his impeachment trial a year ago. Trump released a follow-up statement that included a “note” from Dunleavy that said, “Please tell the President thank you for the endorsement. With regard to the other issue, please tell the President he has nothing to worry about.”

And this morning, Trump endorsed Kansas AG Derek Schmidt, who is running for governor.

In the battle for the Senate, CNN reports that term-limited GOP Gov. Larry Hogan is at least entertaining efforts to recruit him to take on Sen. Chris Van Hollen, D-Md. Hogan has previously said he isn’t interested in running. Hogan, per Politico, is also planning to help Republicans such as Murkowski who now face Trump-backed primary challengers.

Catch up on the 10 Senate races that could determine which party controls the chamber, and 10 governor’s races to watch, per NBC’s Henry J. Gomez and Sahil Kapur.

Two House freshmen, one Republican and one Democrat, spoke with NBC about the Jan. 6 attack and how they’ve processed it since.

The Omicron wave is adding yet another complication for businesses, travel and school reopenings.

Two people are missing after last week’s fires in the Boulder, Colo. area.

Chuck Todd is moderator of “Meet The Press” and NBC News’ political director.

Bridget Bowman is a deputy editor for NBC’s Political Unit.

Learn to Enjoy Your Business at SmallBizFluence “Find Your Freedom” Event