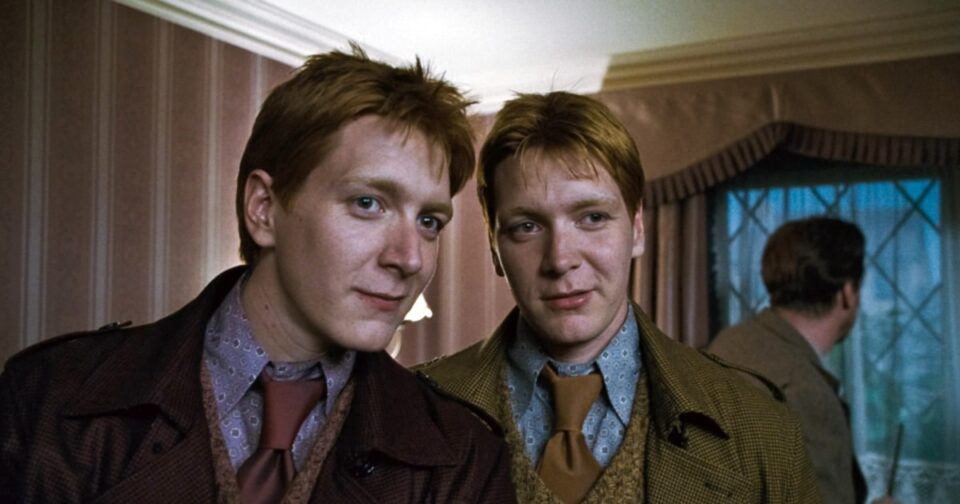 The two-hour reunion brought some of the franchise’s beloved cast and crew, including Daniel Radcliffe, Emma Watson and Rupert Grint, back to the sets they filmed on for a decade. Cast members and former directors shared behind-the-scenes secrets, personal memories, and their own feelings on the legacy of the films.

But it also featured an amusing mistake during interviews with the real-life brothers who played the mischievous Weasley twins, James and Oliver Phelps.

Their names were swapped, seemingly by accident, during their on-camera sit down. Some fans of the series made note of the error across TikTok over the weekend.

Oliver Phelps, who played George Weasley, took the situation in stride on Sunday.

“I guess after all those pranks over the years somebody decided to get their revenge,” he said on Instagram.

Co-star Matthew Lewis, who played Neville Longbottom, commented, “This is legit hilarious.” And Tom Felton, the actor known for his portrayal of Draco Malfoy, jokingly took credit, saying on the Instagram post that, “It was my doing.”

In fairness to the editors, Fred and George Weasley were known to swap places from time to time. Their debut scene in the film franchise included the boys confusing their own mother as she tried to get her children on board the Hogwarts Express in “Harry Potter and the Sorcerer’s Stone.”

But honestly, Warner Bros., you call yourselves the “Harry Potter” studio?

Biden reaffirms U.S. support for Ukraine in call with Zelenskyy amid Russia fears