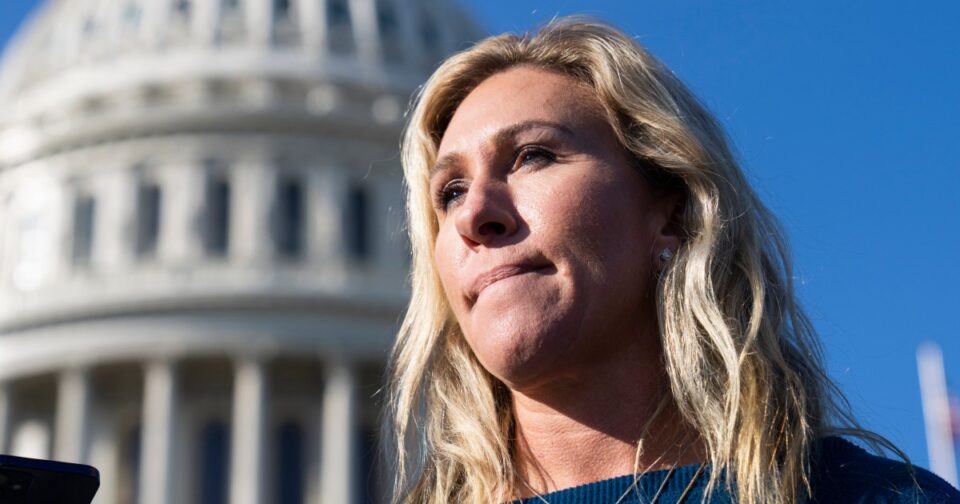 Greene appears to still have access to her professional account, @RepMTG. Twitter did not say what was tweeted to earn what it calls a permanent suspension.

Greene said in a statement through her office Sunday that she was suspended for tweeting statistics from the Vaccine Adverse Event Reporting System. Anyone can report an adverse event to the system, which operates under the Department of Health and Human Services. The agency says it is “not designed to determine if a vaccine caused a health problem.”

“Twitter is an enemy to America and can’t handle the truth,” Greene said. “That’s fine, I’ll show America we don’t need them and it’s time to defeat our enemies.”

Twitter implemented a strike system for violations in March. A single strike might not incur an action, but the company will place locks on accounts that repeatedly violate the policy.

Five or more strikes result in a “permanent suspension,” according to the company’s website. Greene was suspended multiple times last year for violations of the policies.

In January last year, Greene was suspended for making false claims about widespread voter fraud in Georgia. She was also suspended in July and August for violating the Covid-19 policy with tweets about vaccines.

Greene’s suspension is not the first time Twitter has banned an elected official. Last year, it issued a similar action against then-President Donald Trump because of “severe violations of our Civic Integrity policy.”

Chief Financial Officer Ned Segal told CNBC in February that Twitter would uphold the ban even if Trump runs for office again.

“Our policies are designed to make sure that people are not inciting violence,” Segal said. “He was removed when he was president, and there’d be no difference for anybody who’s a public official once they’ve been removed from the service.”