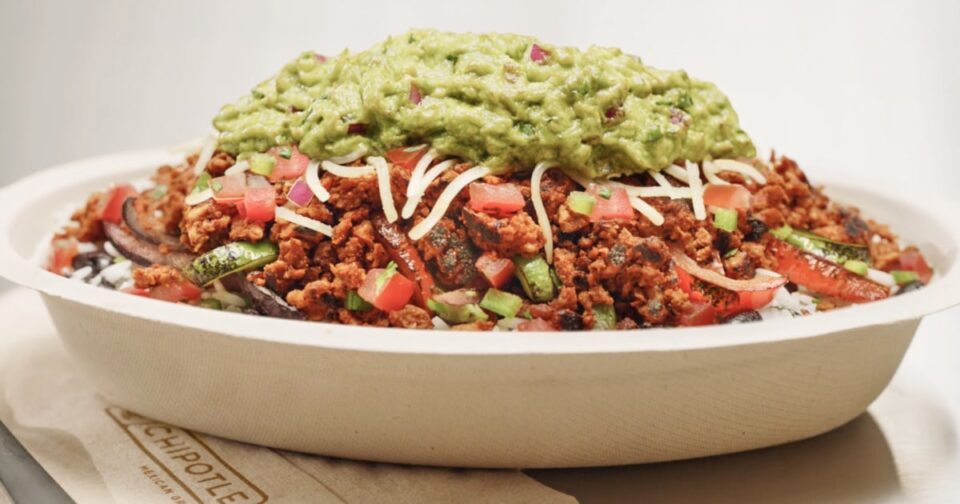 Chipotle Mexican Grill on Monday announced a vegan, plant-based chorizo option that will be added to its menu for a limited time.

Creating the plant-based protein with the flavor and texture of chorizo was a challenge, Nevielle Panthaky, Chipotle’s vice president of culinary, said in a news release.

The fake sausage meat is made of pea protein, chipotle peppers, tomato paste, garlic, smoked paprika and olive oil; it is grain-, soy- and gluten-free; and it contains no artificial flavors, colors or preservatives, the restaurant chain said.

The limited-time vegetarian adds Chipotle to the growing list restaurant chains nationwide in an industry move toward offering more vegetarian and vegan options on menus that traditionally catered to meat lovers.

Brands like McDonald’s, Burger King and Starbucks have introduced plant-based imitation meat products, often made of soy and pea proteins.

McDonald’s McPlant burger, a vegan faux beef patty that was developed with Beyond Burger, is selling well at several locations nationwide, Reuters reported last month, and that means the chain may roll out the plant-based burgers to its more than 13,000 franchise locations nationwide this year.

Burger King’s Impossible Whopper made headlines upon its release in 2019, even leading to a lawsuit over whether it is vegetarian or vegan.

Burger King eventually rolled out the meatless burger to restaurants nationwide, and it always maintained that for customers seeking a truly vegan burger, uncontaminated by nearby beef, “a non-broiler method of preparation is available upon request.”

During the coronavirus pandemic, many of the companies that produce plant-based meats became some of the most hotly traded stocks on Wall Street.