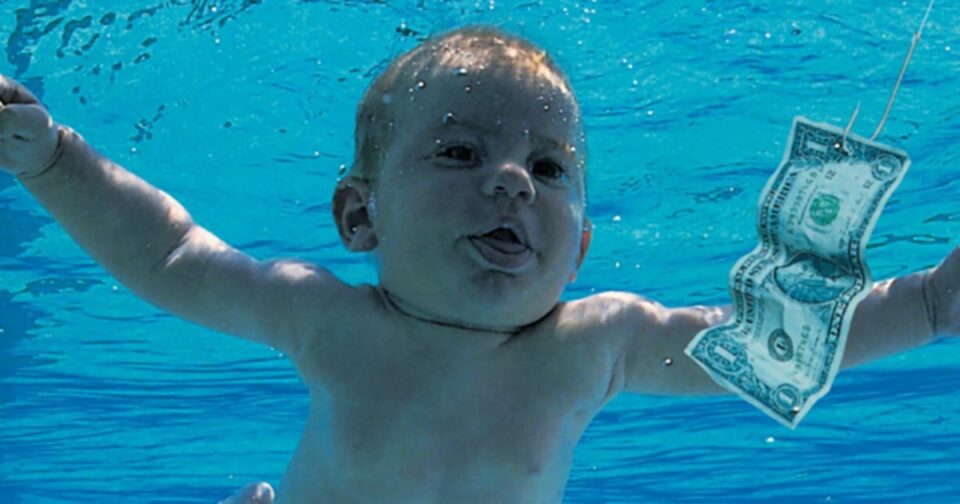 A judge dismissed a lawsuit against the rock band Nirvana over their iconic 1991 “Nevermind” album cover, which depicts a baby swimming naked in a pool.

Spencer Elden, who was photographed in a Pasadena, California, swimming pool at the age of 4 months and is now 30, filed the lawsuit in August, alleging child pornography. The photo was digitally imposed to include a dollar bill on a fishhook to make it look like Elden was trying to grab it.

On Monday, Judge Fernando M. Olguin with the U.S. District Court for the Central District of California dismissed the lawsuit after Elden missed a Dec. 30 deadline to file an opposition to the defendants’ request that the suit be tossed out.

Online court documents show that Elden still has the opportunity to file a second amended complaint “attempting to cure, to the extent he believes is warranted by existing law, the alleged defects outlined in defendants’ motion.”

He has until Jan. 13 to file or the lawsuit will be dismissed “without prejudice,” the court documents state.

In the original complaint, Elden’s attorney alleged that including money in the photo made his client appear “like a sex worker” grabbing “for a dollar bill that is positioned dangling from a fishhook in front of his nude body with his penis explicitly displayed.”

The attorney, Robert Y. Lewis, accused Nirvana of trying to garner attention with the use of “an explicit image,” according to the suit.

Elden was seeking at least $150,000 from each of the defendants, who include surviving band members Dave Grohl and Krist Novoselic; Courtney Love, the executor of Kurt Cobain’s estate; Guy Oseary and Heather Parry, managers of Cobain’s estate; photographer Kirk Weddle; art director Robert Fisher; and a number of existing or defunct record companies that released or distributed the album in the last three decades.

Original Nirvana drummer Chad Channing is also named as a defendant, even though he had been replaced by Grohl in 1990, before the album was recorded or the cover photography shot.

Attorneys for the defendants did not immediately respond to a request for comment on Tuesday. Robert Y. Lewis, a lawyer for Elden, said they will file a second amended complaint “very soon.”

“We are confident that Spencer will be allowed to move forward with the case,” he said in a statement.

The idea for the cover image came after Cobain saw a documentary about underwater births and “thought the image would make a cool cover,” Fisher told Entertainment Weekly. “That vision was a bit too graphic, so we went with the swimming baby instead.”

Weddle, who was friends with Elden’s father, Rick, took the pictures in an Olympic-size pool in Pasadena. The family was paid roughly $200, Rick told NPR in a 2008 interview.

According to the lawsuit, neither Elden nor his guardians signed a release authorizing the use of the image.

Elden has repeatedly re-created the pose as a teenager and adult, while wearing swim trunks, to celebrate the album’s 10th, 17th, 20th and 25th anniversaries. However, in most of the interviews accompanying these photoshoots, he expressed mixed feelings about being famous for the cover.

A record 4.5 million Americans quit their job in November