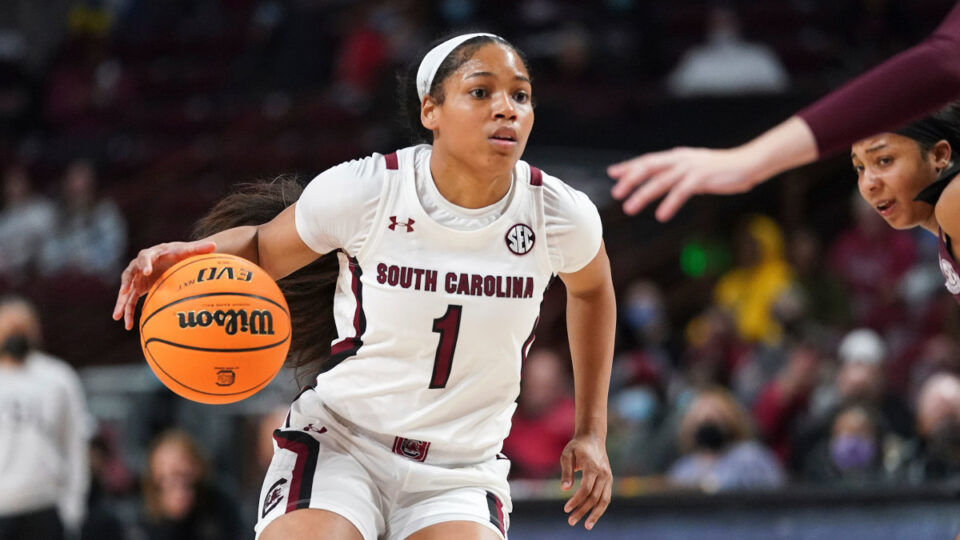 South Carolina remained the No. 1 team in The Associated Press women’s college basketball poll on Monday despite experiencing its first loss of the season last week.

The Gamecocks fell to Missouri, 70–69, in overtime Thursday on a last-second shot. South Carolina, which rebounded with a victory on Sunday, still received 22 of the 30 first-place votes from a national media panel to stay the top choice in the poll.

It isn’t the first time that a team lost and remained No. 1 in the poll. Back when Louisiana Tech was a powerhouse in the early 1980s, the Lady Techsters saw their 54-game winning streak snapped by Old Dominion. Louisiana Tech stayed No. 1 the next week.

Louisville, which received five first-place votes this week, was third and Arizona was fourth. The Wildcats, who haven’t played since Dec. 17 because of COVID-19 issues, got the other three first-place votes. North Carolina State followed Arizona.

Indiana moved up two spots to sixth after an overtime win over then-No. 6 Maryland. Tennessee, Michigan and Texas moved ahead of the Terrapins, who fell to 10th.

Baylor saw its run of 137 consecutive weeks in the top 10 end, after the Bears lost to Kansas State on Sunday. That was the longest active streak after UConn’s ended a few weeks earlier. Baylor dropped to 14th in the poll. Louisville is now the active leader with 81 consecutive polls.

Missouri, bolstered by its victory over South Carolina, went from receiving no votes last week to just missing the AP Top 25. While the Tigers fell short of making the poll, Oklahoma jumped in at No. 23. The Sooners are ranked for the first time since 2017.

• Nicki Collen Following Her Own Path at Baylor
• NCAA: Tournaments to Go on as Planned
• Auburn Rises in Men’s AP Top 25