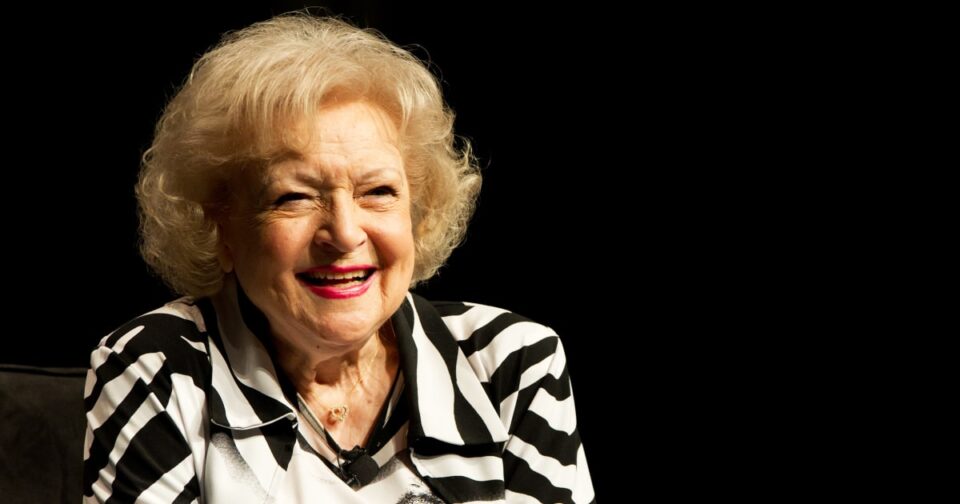 Since Betty White’s death, it’s been difficult to find tributes that don’t describe her first and foremost as “America’s grandmother” or “great-grandmother.” While it’s widely known that White was a stepmother to her late husband Allen Ludden’s three children, it’s important to remember that she was intentionally child-free and thus opted out of having biological children. So why, in remembering White, does the media lead with identities such as “grandmother” and “great-grandmother” in describing her life and professional accomplishments?

White’s professional highlights, rather than taking center stage, are often relegated to a subtitle.

For a point of comparison, several male celebrities died last year. None of them have been described as the country’s father, grandfather or great-grandfather, regardless of whether they’ve had children (many of them had children and grandchildren and yet managed to evade these titles when the media covered their professional achievements). Worse yet, White’s professional highlights, rather than taking center stage, are often relegated to a subtitle, as though her groundbreaking 80-year career and work with animal advocacy are not nearly as important as the public’s desire to view her as a maternal figure first.

White’s death is a reminder that American media outlets remain obsessed with the status of a woman’s womb and are desperate to project their desires for motherhood onto our cultural icons, even in the face of a career as versatile and decorated (and nulliparous) as White’s.

I remember sitting cross-legged on my living room floor and watching “The Golden Girls” with my mother and sister. I was born in the ‘80s, and a lot of the humor and relationship dynamics on the show were above my head. Still, I was captivated by the idea of four vivacious women living together, and I imagined that life for myself.

Later, I learned that White was one of the relatively few celebrity women who’d chosen not to have children, and this was a demographic I took a particular interest in. From Helen Mirren to Jennifer Aniston to Oprah Winfrey to White, I grew intrigued with high-profile women who’d unapologetically opted out of motherhood.

I’m 41 years old and have also chosen to go the child-free route. My reasons for this decision resonate with White’s. In a 2012 interview with CBS, she said, “I didn’t choose to have children because I’m focused on my career. And I just don’t think as compulsive as I am that I could manage both.” I’ve never been able to imagine creating and sustaining a fulfilling career for myself while being the sort of parent that a child deserves (attuned, attentive and patient, among countless other qualities that have been attributed to effective mothering). White said she never regretted not having children of her own. Like White, I’ve never once regretted my decision.

But that hasn’t stopped many friends, acquaintances, some family members and even pearl-clutching strangers from suggesting that I might one day regret my choice to eschew motherhood or that I’ll even change my mind (despite how my less-than-functional, geriatric ovaries beg to differ). In the eyes of my staunchest naysayers, my path toward motherhood was nothing short of inevitable.

Because I’ve dared to write publicly about remaining child-free, I’ve also received my fair share of messages from misogynists hinting that I’m a failure of a woman for refusing to prioritize reproduction over building a career. I’ve seen firsthand how some people will stop at nothing to perpetuate the idea that people with wombs owe society children.

Alongside the belief that reproduction is a duty owed to the public (regardless of whether or not someone actually wants to become a mother) is the notion that a woman’s life cannot possibly be fulfilling without children. White clearly lived the sort of life that should have — long ago — put this myth to rest, yet the media continues to project its fetish for motherhood onto her résumé.

In addition to her professional accomplishments, White’s decision to opt out of having children was trailblazing in its own right. White steered clear of motherhood at a time when the nation’s birthrate had reached its peak. And still, according to bioethicist Elizabeth Yuko, White “always stood by her decision not to have biological children — something so contrary to gender expectations that she was still asked about it far beyond the point of it being a physiological possibility.” Not only did White teach us that it’s possible to live a rewarding and joyful life without having children, but she also showed us how to do so unapologetically. These are also reasons to look up to her.

In some ways, I understand how conferring the title of grandmother onto a beloved cultural icon is to assign a heightened status. It’s perhaps a commentary on just how much someone is beloved and admired. Given her personality, she may have embraced being called “America’s grandmother,” but the title still reflects society’s obsession with motherhood, regardless of an icon’s reality. If we want to honor White in the context of her professional achievements as well as her reputation as a stellar human being and her ability to touch the hearts of millions, it might be more appropriate to thank her for being a friend.

In the meantime, I’m curious as to which celebrity the media might assign the title “America’s grandpa” upon his death. But given that we’ve yet to hold men to this same standard, I won’t hold my breath.

Christina Wyman is the author of the forthcoming middle-grade novel “Jawbreaker.” She is a writer and teacher and lives in Lansing, Michigan, with her husband and their border collie, Frankie. Follow her on Twitter @CBWymanWriter