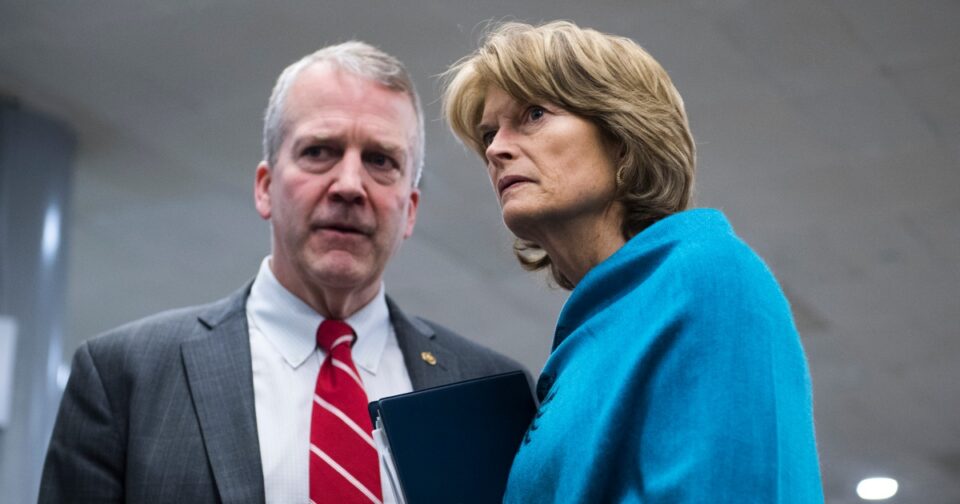 An Alaska man who threatened to kill the state’s two U.S. senators in a series of voicemail messages last year has pleaded guilty to federal charges, prosecutors said.

Each charge carries up to 10 years in prison, the U.S. Attorney’s Office for the District of Alaska said.

Johnson’s attorney did not immediately reply to a request for comment Tuesday afternoon.

Johnson left 17 threatening voicemails in all, prosecutors said. Some threatened to kill or have an assassin kill Murkowski and Sullivan, Johnson admitted in a plea agreement.

The threats cited in court documents do not point to a clear motive. One message said he would burn the senators’ property “just like … antifa,” according to a criminal complaint. Other messages threatened to use a .50-caliber firearm against the senators.

Johnson agreed to forfeit seven guns, which he is not allowed to own because of a past felony DUI conviction, according to court documents. He will also be subject to protective orders prohibiting contact with either lawmaker.

The number of threats to members of Congress increased last year to around 9,600, Capitol Police Chief J. Thomas Manger has said.

“The number has been going up steadily each year,” Manger said at a news conference Tuesday.

Not all of the concerning statements made in phone calls and emails and on social media or other forms rise to the level of crimes, but they are investigated, he said.

And a San Francisco-area man, Robert Lemke, was sentenced to three years in prison for a number of threats. Journalists and the brother of Rep. Hakeem Jeffries, D-N.Y., were among the targets.