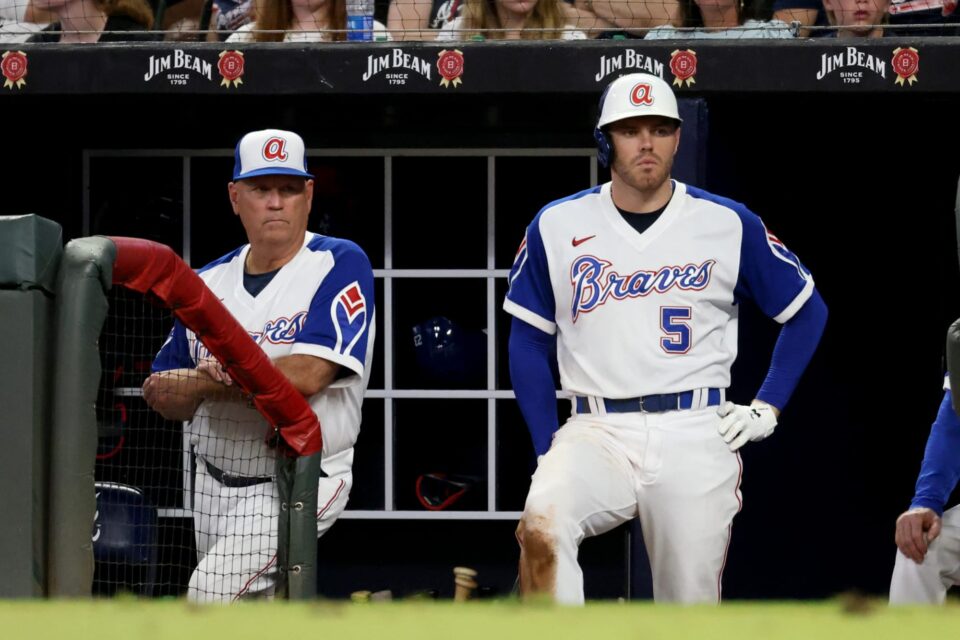 The Atlanta Braves lineup wouldn’t look the same without Freddie Freeman in it. But how could Brian Snitker adjust it without the face of the franchise available?

Freeman is still expected to re-sign with the Braves, and for good reason — he’s familiar with Atlanta’s front office and had plenty of contact with them before the lockout. However, the longer the lockout drags, the more time Freeman has to think about his alternative choices.

The difference between Freeman and the Braves is roughly about one season and $30 million, or just under that price point. The Braves don’t want to give Freeman a sixth year, but are sure to give in at this rate — they’d be rightly dragged for doing anything different.

But what if the Braves had to consider life without Freeman? Just for fun, we took a look at some lineup options.

Braves lineup without Freddie Freeman in itFor the sake of this exercise, I wrote out one version of the Braves lineup with a healthy Ronald Acuña Jr. and with Marcell Ozuna back in the mix after his legal troubles. If the Braves lost Freeman, odds are they would sign or trade for another first baseman to replace his production. Anthony Rizzo, for one, makes sense.

Ronald Acuña Jr.Anthony RizzoMarcell OzunaAustin RileyOzzie AlbiesDansby SwansonTravis d’ArnaudAdam DuvallPitcherNow, this is the roughest of drafts, as the Braves could easily pick up another outfielder. Heck, Jorge Soler and Joc Pederson remain free agents right now. Both have familiarity with Atlanta after last season. Odds are, the Braves would sign a high-profile outfielder for depth purposes.

The next assumption is that the new CBA won’t include the universal DH. The trend seems to suggest the opposite, as a designated hitter in the National League could only move the game forward. For now, that ninth spot is filled with the usual pitcher position.

So, there’s plenty of room for change. But for now, this is your Freeman-less lineup…sort of. Let’s hope it’s merely a mirage.