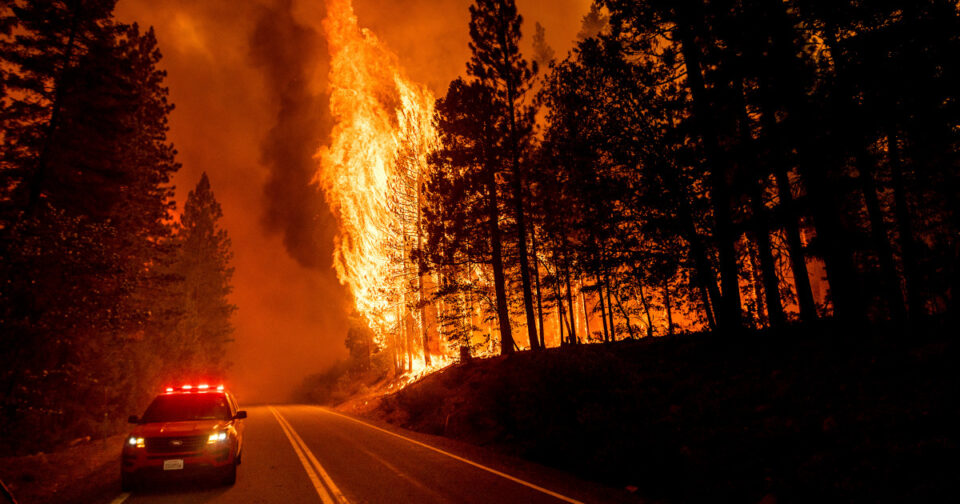 In a statement, the California Department of Forestry and Fire Protection, or Cal Fire, said investigators determined that the tree was west of a dam in Plumas County, about 100 miles northeast of Sacramento.

Cal Fire called its investigation into the Dixie Fire “meticulous and thorough” and said it had forwarded its report to the district attorney’s office in Butte County, where the fire began.

The Dixie Fire exploded in July, forcing thousands of people to flee their homes amid powerful winds and extreme drought conditions. The small town of Greenville was incinerated and one person died in the blaze, which roared across 963,309 acres before it was extinguished on Oct. 25.

The fire was the second largest on record after the August Complex, a wildfire that scorched more than 1 million acres in 2020.

In a statement, Pacific Gas & Electric said the tree that struck the power line was “one of more than 8 million” within “strike distance to PG&E lines.”

The company added that it had taken a “bold step forward” with a July announcement that it had committed to burying 10,000 of its more than 100,000 miles of transmission and distribution lines.

An arborist for the utility said in September that the 70-foot Douglas fir that appears to have started the Dixie Fire showed signs of rot at its base, NBC Bay Area reported.

Matteo Garbelotto, a forest pathologist at the University of California, Berkeley, told the station that such rot is becoming increasingly common in the state’s overgrown forests as a drought worsened by climate change pushes dense trees to compete with one another for water.

State rules require the utility to remove dead, diseased and dying trees that could fall into power lines.

PG&E pleaded guilty last year to 84 counts of manslaughter in the state’s deadliest wildfire, the Camp Fire, and it is on probation for a 2010 pipeline explosion that killed eight people.

A federal judge overseeing the utility’s probation said Tuesday that he would consider extending it amid criminal charges in two other fires, including last year’s deadly Zogg Fire.

The company has denied criminal liability in that fire, saying that it was “heartbreaking” and that it was resolving civil claims with victims and their families.