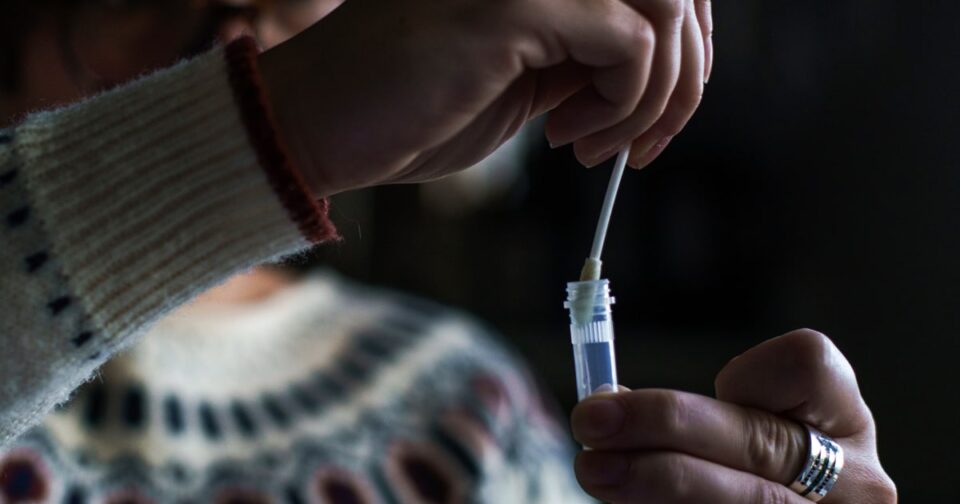 The Centers for Disease Control and Prevention on Tuesday clarified its guidance for people who want to use tests when they’re done isolating at home with Covid-19.

The agency now says people can use rapid antigen tests around day five of their isolation periods if they want to and have access to them — but it stopped short of requiring them.

Full coverage of the Covid-19 pandemic

Earlier isolation guidelines the CDC released last week came under intense public scrutiny as the agency shortened the time people should isolate after they test positive from 10 days to five. There was no mention of adding negative tests to leave isolation, although people were advised to continue wearing masks around others for five more days.

Some health experts pushed back, saying that without negative tests, asymptomatic people could still spread the coronavirus unknowingly. President Joe Biden’s chief medical adviser, Dr. Anthony Fauci, said later that the CDC was expected to add testing to its guidelines.

But the agency stuck with its previous guidance Tuesday: Covid-positive people can, in general, leave isolation after five days if they’re free of fever and other symptoms — no test required.

However, it added, “if an individual has access to a test and wants to test, the best approach is to use an antigen test towards the end of the 5-day isolation period.” If the rapid test is positive, it said, the person should continue to isolate for five more days.

The guidance could affect a large number of people who may become infected with the omicron variant, which now accounts for 95 percent of test samples in the U.S., experts said.

More than 1 million new Covid cases were reported Monday, with a seven-day average of 507,135 a day. Seven-day averages are used to account for any inconsistencies in reports from state health departments.

Many people who test positive inevitably have jobs and families they want to get back to, and they will want to use tests to make sure it’s safe to do so. At the same time, rapid tests used at home are in short supply.

“You really want to go back to society, go back to work, but the challenge there is that patients that have recovered from Covid can continue to test positive,” said Dr. William Morice, the president of Mayo Clinic Laboratories in Rochester, Minnesota.

When are people most contagious with omicron?

The CDC justified its “no test required” stance by citing data that people are much more likely to be contagious just before symptoms pop up and for just about two to three days afterward.

“The science is evolving, particularly for the omicron variant,” the CDC wrote on its website. That variant appears to have an even shorter incubation period than previous variants, such as delta or alpha, did, it said.

A positive antigen test on day five doesn’t tell us much about how transmissible that person is.

People tend to be most infectious in “the first two days that you have symptoms,” said Dr. William Schaffner, an infectious disease expert at Vanderbilt University Medical Center in Nashville, Tennessee.

The gold-standard PCR tests are so sensitive that they can pick up tiny pieces of the virus long after people are no longer contagious.

“A positive antigen test on day five doesn’t tell us much about how transmissible that person is,” said Dr. Christopher Ohl, a professor of infectious diseases at Wake Forest Baptist Health in Winston-Salem, North Carolina.

That is, no Covid-19 tests are available to the general public that tell people how contagious they remain. Data from the United Kingdom suggest that nearly a third of people could remain infectious after day five.

That’s why continuing to mask for at least 10 days after the beginning of an illness plays a critical role.

The CDC also recommended that people who have tested positive continue to wear well-fitting masks for 10 days after positive test results, even if they don’t have symptoms.