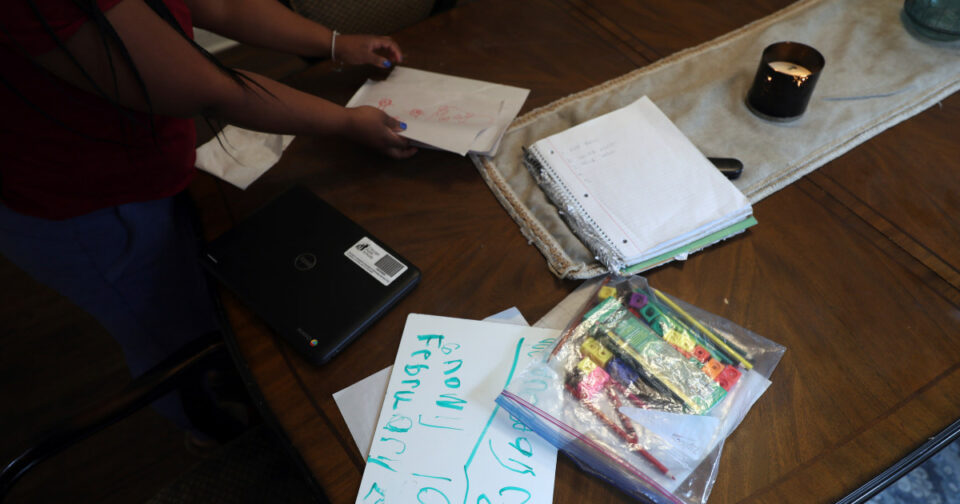 CHICAGO — Classes in Chicago’s public schools will be canceled Wednesday after the teachers union voted to switch to remote learning due to the latest Covid-19 surge, district officials announced late Tuesday.

The move in the nation’s third-largest school district comes amid an escalating battle over pandemic safety protocols in schools. The status of instruction for the rest of the week remained in limbo. The union’s action, approved by 73 percent of members, called for remote instruction until “cases substantially subside” or union leaders approve an agreement for safety protocols with the district.

“This decision was made with a heavy heart and a singular focus on student and community safety,” the union said in a statement.

Chicago Public Schools officials have insisted on keeping all schools open for in-person class, saying remote instruction during the pandemic has been disastrous for children’s learning and mental health. But the union argued that the district’s safety protocols are lacking and both teachers and students are vulnerable.

Contentious issues in the roughly 350,000-student district include metrics that would trigger school closures. The district proposed guidelines for individual school closures, saying safety measures like required masks, availability of vaccines and improved ventilation make schools among the safest places for kids to be. But the union has proposed metrics for districtwide closure, citing risks to students and teachers.

Students returned to class Monday after a two-week winter break with Covid-19 infections and hospitalizations fueled by the omicron variant at record levels. School districts nationwide have grappled with the same issue, with most opting to stay open.

While the union has characterized the vote as a return to remote instruction, district leaders called it a “walkout” and “illegal work stoppage.” A contentious battle took place last January over similar issues causing a bumpy start to the district’s return to in-person instruction after first going remote in March 2020.

Schools CEO Pedro Martinez said buildings would remain open regardless of the union vote, saying buildings were open for administrators, staff and “essential services,” but not instruction for students. Mayor Lori Lightfoot also signaled that teachers who did not show up to work would be placed on “no pay status.”

In response to union concerns, the district said that it has provided 200,000 KN95 masks to teachers, would allow schools to bring back daily health screening questions for students and building visitors that were required last academic year, and would spell out metrics for closing individual schools. For instance, the district said it would switch to remote learning at an elementary school if 50 percent of its classrooms had more than 50 percent of its students instructed to isolate or quarantine.

The Chicago Teachers Union, which has roughly 25,000 members, said Tuesday it was reviewing the district’s offer, but that they received it “minutes” before the news conference. The union had sought the same metrics to close schools from an agreement last year, which expired over the summer. That includes a districtwide two-week pause on in-person learning if the citywide Covid-19 test positivity rate increases for seven consecutive days, for instance.

Union leaders said more safety protocols were needed and that the Covid-19 surge was causing staffing shortages. The district said roughly 82 percent of its roughly 21,600 teachers reported to work Monday, which was lower than usual, but that classes were covered by substitute teachers and other staff.

District officials said student attendance for the week was not yet available.

Roughly 100,000 students and 91 percent of its more than 47,000 staff in the district are vaccinated, according to the district.