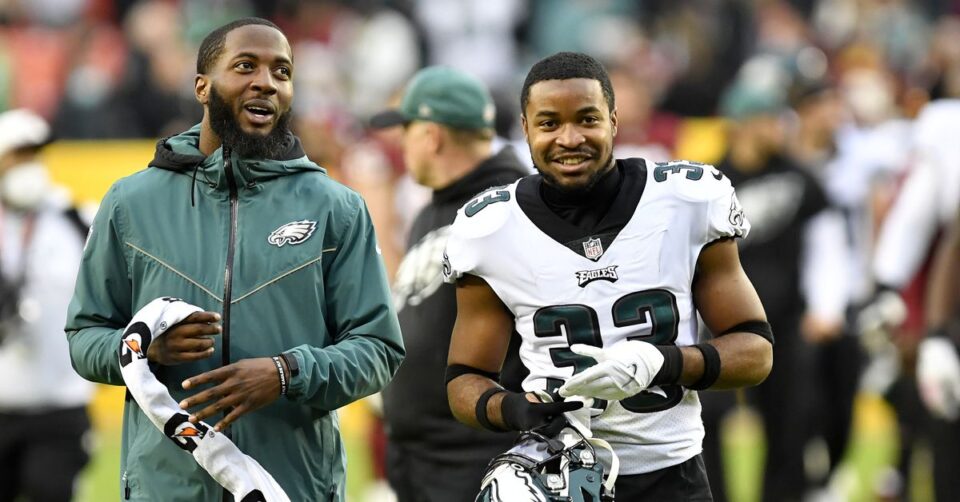 It feels so weird typing “Week 18,” but such is life. We are entering the final week on the NFL season, and the first Week 18 in the history of the regular season. There’s a lot to play for with the very small number of teams still trying to get into the postseason, which the rest are competing for seeding — or just waiting until 2022.

The big story this week is the Cincinnati Bengals, whose win over the Chiefs cemented Joe Burrow’s team as a real threat. So, what did it do to the playoff seeding? Let’s check it out.

This is a team benefitting from early wins and cruising to the playoffs, on the back of what they earned. I don’t have a ton of faith in them against the league’s elite, only because they don’t feel like a complete team without Derrick Henry. Still, home field advantage is a curious factor, and with the Texans to close things out, they should get another win.

It’s been a blast to see the Chiefs put this run together. Yes, they got stopped by the Bengals, but the Chiefs are still terrifying. If they can avoid some of their consistency issues they’ll be a very serious threat.

I don’t know if any team in the NFL is a bigger offensive threat right now than the Bengals. Their passing attack is second-to-none in terms of weapons, and they’re playing really great football. It’s going to be fun to see if they can make a deep run, and I think there’s some potential here.

The Bills are riding on top of the AFC East, and that should change. I think not having a first round bye will be a bit of a disappointment, especially for a team people expected could have home field advantage. This is still the Bills, and their defense is still amazing.

The Patriots may have been edged out of the Top 4, but hanging 50 on the Jaguars shows this team is still hungry. Hype may have cooled off in the last couple of weeks, but this is a Bill Belichick team and they can make an impact.

It was an off week for Carson Wentz, but Jonathan Taylor is still the best running back in the NFL right now. This team SHOULD get in, unless they lose to the Jaguars and some weirdness happens.

This final projection is bizarre because I’m trying to will absurdity into existence. The Chargers have been struggling down the stretch, so it’s truly an “any given Sunday” situation on whether they can get in.

Who can make it in from the bubble?
As it stands there’s just one team left that can realistically get it, and that’s the Las Vegas Raiders (9-7). In order to get in they will need to either beat the Chargers, or tie with them in the event the Jaguars can beat the Colts.

The Steelers can technically make it in, but the math behind it gets wild. All the following need to happen in order for Pittsburgh to secure the No. 7 seed.

Win vs. Baltimore in Week 18
Colts lose to Jaguars in Week 18
Either Chargers or Raiders win, game cannot end in a tie.
That would get the Steelers in with a 9-7-1 record.

The Packers have been scary all season long, and nothing changes now. The playoffs go through Lambeau, good luck everyone.

The Rams are elite, they’re going to compete, and it’s going to be fun to see if they can make it to the Super Bowl.

Other than the Antonio Bown drama, everything else has gone perfectly for the Buccaneers recently.

A lot of gloss has fallen off the Cowboys in recent weeks, and Week 18 certainly isn’t a gimme for Dallas with the Eagles rolling. This team will get into the playoffs, but I feel less certain about their postseason chances than before.

The win over the Cowboys is proof this team still has plenty of teeth and the ability to beat an elite team. They have a lot more to show in the playoffs, but the potential is there.

Beating the Texans was a gimme, and the final week is rough. They’re a bubble team for their inconsistency, and it’s going to be tight.

The Eagles are a sneakily dangerous team finding their form, and they’re in the playoffs. They had a great season, now the next level of work begins.

Who can make it in from the bubble?
In the NFC there’s just one last team left with a chance to get in, the Saints, and there’s some simple math needed to get them in. If New Orleans beat Atlanta and the 49ers lose to the Rams, they’re in. That’s an extremely likely scenario at this point.

‘Quiet firing’ is a c-suite problem: how companies can stop it