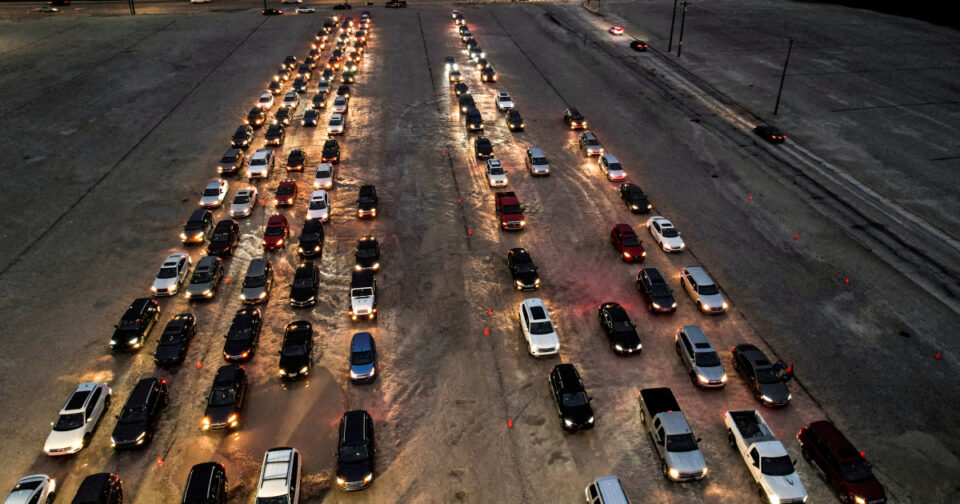 As the availability of Covid-19 tests dwindles nationwide, Indiana said it will restrict rapid antigen tests to young people and at-risk individuals.

The state Public Health Department released guidelines Tuesday that limit rapid antigen testing “to individuals aged 18 and younger and symptomatic individuals aged 50 and older” because of the national shortage.

The new rules are “designed to help ensure that students can stay in school and that residents who are most likely to need a monoclonal antibody are identified within the prescribed window in which they can be administered,” the health department said in a statement.

The health department said that the state normally uses about 50,000 rapid tests a week but that it is now guaranteed to receive only 11,000 a week. The state said it would extend hours at several community testing and vaccination clinics.

People who do not fall into the two categories will still be able to get polymerase chain reaction tests at all sites, with results coming back within two to three days, the health department said.

The state’s Covid hospital census is at the highest level it has been in 12 months, and the number of people hospitalized with Covid-19 has increased by more than 700 percent since late June, the state health commissioner, Dr. Kristina Box, said at a news conference last week.

“Unfortunately, Covid-19 is determined to keep us on our toes, and we once again face a very bleak situation with this pandemic,” she said.

Box said that case numbers are on the rise for people ages 40 and younger compared to the same time last year and that cases in children 9 and younger have increased from 3 percent to 10 percent of all cases. School cases have risen significantly since before the winter break to some of the highest levels in months, Box said.

While the state is desperately searching for more tests, it does not have any guarantee that it will find them as testing sites fill up hours before opening, she said.

Indiana has lagged in its vaccination rate, which stands at 54 percent for fully vaccinated people. According to the Centers for Disease Control and Prevention, Indiana is fifth in the country for lowest partial vaccination rates.

“For the life of me, I struggle to think about how some folks, in the face of the most lethal virus that anyone living today has been exposed to and that’s had a strangle grip on the world, trust their ability to fight that off instead of trusting an American-made vaccine that has proven statistically that it’s saving lives,” he said last week at a news conference.

Safia Samee Ali writes for NBC News, based in Chicago.

CDC clarifies isolation guidance to include testing, if possible