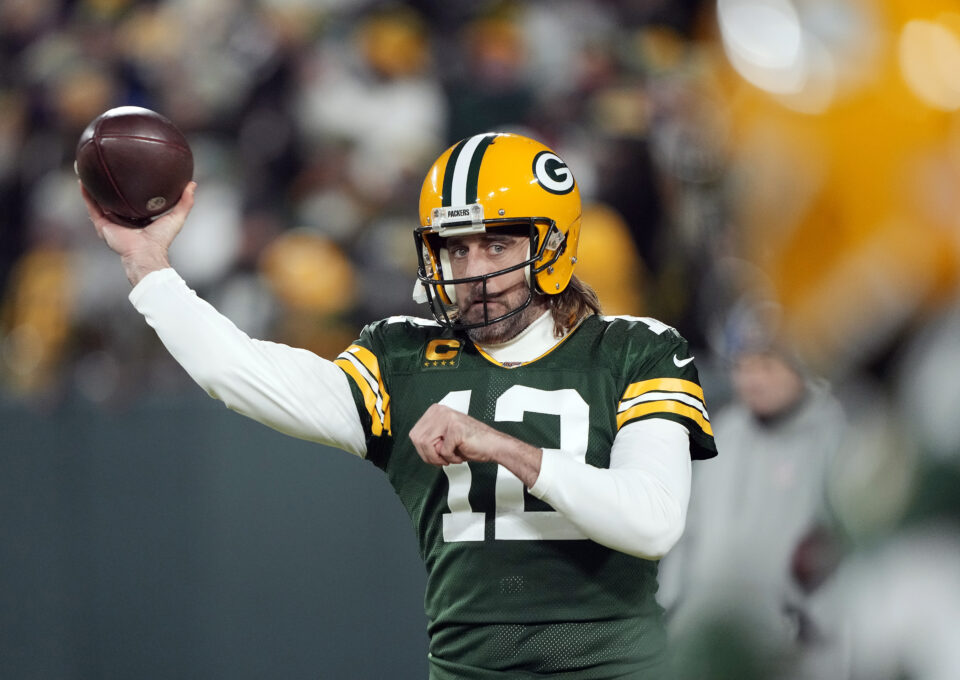 Longtime Chicago sportswriter Hub Arkush said on 670 The Score (h/t Michael David Smith of Pro Football Talk) on Tuesday that he would not vote for Rodgers, calling him a “bad guy” and saying the quarterback’s misleading comments about his vaccination status played a role in his decision:

“I don’t think you can be the biggest jerk in the league and punish your team, and your organization and your fan base the way he did and be the Most Valuable Player. Has he been the most valuable on the field? Yeah, you could make that argument, but I don’t think he is clearly that much more valuable than Jonathan Taylor or Cooper Kupp or maybe even Tom Brady. So from where I sit, the rest of it is why he’s not gonna be my choice. Do I think he’s gonna win it? Probably. A lot of voters don’t approach it the way I do, but others do, who I’ve spoken to. But one of the ways we get to keep being voters is we’re not allowed to say who we are voting for until after the award has been announced. I’m probably pushing the envelope by saying who I’m not voting for. But we’re not really supposed to reveal our votes.”There are obviously a number of different ways to interpret the concept of value, though Arkush’s comments are likely going to raise a few eyebrows across the sport.

On the field, Rodgers presents a pretty strong case. He’s ninth in the NFL in passing yards (3,977) and tied for third in passing touchdowns (35) while completing 68.6 percent of his passes and throwing just four interceptions.

The Packers are 13-2 in his starts this season, 13-3 overall and have already clinched the No. 1 seed in the NFC playoffs.

But for Arkush, the fact that Rodgers missed a game after being placed on the NFL’s reserve/COVID-19 list is a mark against him, especially since Rodgers misled reporters over the summer by saying he was “immunized” but wasn’t actually vaccinated against the coronavirus.

Arkush’s opinion of Rodgers overall also will play a part in his MVP vote.

“I just think that the way he’s carried himself is inappropriate,” he said. “I think he’s a bad guy, and I don’t think a bad guy can be the most valuable guy at the same time.”

As for MVP alternatives, Cooper Kupp leads the NFL in receptions (138), receiving yards (1,829) and receiving scores (15) and is having one of the best wideout seasons in NFL history. Jonathan Taylor leads the NFL in rushing yards (1,734) by over 500 yards and rushing touchdowns (18). He has 2,076 yards from scrimmage and 20 scores.

And Brady leads the NFL in passing yards (4,990) and passing touchdowns (40), though he does have eight more interceptions than Rodgers and a worse record as a starter (12-4) this season.

The obvious choice on the defensive side of the ball would be T.J. Watt, who leads the NFL with 21.5 sacks and is tied for first in tackles for loss (20). He also has forced four fumbles, three fumble recoveries and has 36 quarterback hits.

The fact that the Pittsburgh Steelers are on the playoff bubble will hurt his case, making him an even greater long shot. But he’s made a huge impact for his team this season.