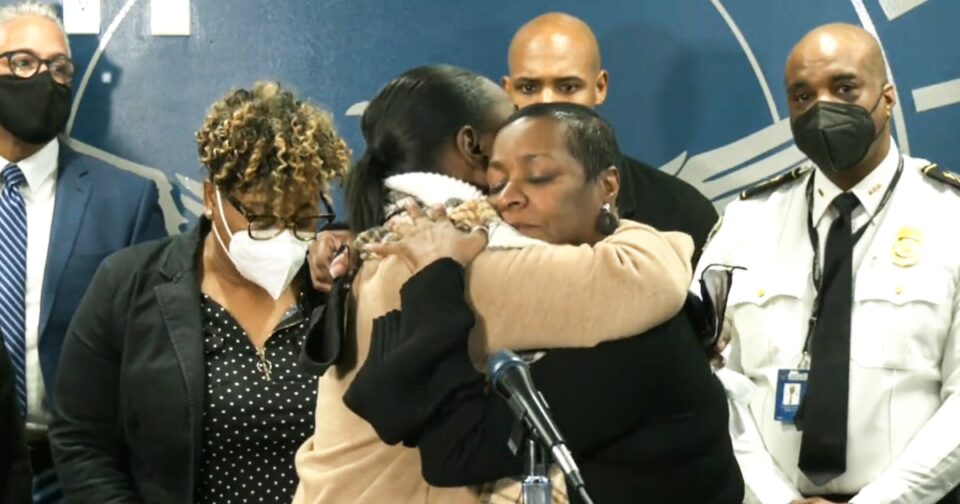 The 1995 rape and murder of a 14-year-old Atlanta girl has been solved 26 years later thanks to DNA and genealogy technology, police announced Tuesday.

Nacole Smith was walking to school with her sister on June 7, 1995, but forgot something and walked through the woods to return home. In the woods, she was confronted by a man who brutally assaulted her and shot her twice in the face, Atlanta police said.

Authorities did not reveal the suspect’s name at the news conference, but later identified him to NBC News as 49-year-old Kelvin Arnold.

Despite finally identifying a suspect after two decades, it’s too late for justice because Arnold died last Aug. 29 while in hospice care for liver and kidney failure in Fulton County, Georgia, police said.

Still, the police department said the finding is a sign that they never give up on cold cases and bringing closure to victim’s families.

After Smith’s death, the Atlanta Police Department interviewed hundreds of people and took blood samples from at least 50 people.

A DNA profile was obtained in Smith’s case, but her killer’s identity remained a mystery for years.

In 2004, a forensic match emerged in the case of a 13-year-old girl, Betty Brown, who had been raped in East Point, Georgia, nine years after Smith’s attack, police said.

“That means Nacole’s killer was back,” Velazquez said.

Velazquez retired in 2017 and passed on the case to Scott Demeester, a homicide detective on the cold case squad with the Atlanta Police Department.

Demeester said that with the help of outside genealogy and ancestral databases, it took about three years to develop Arnold as a person of interest. Investigators obtained a sample of his DNA from evidence and sent it off for testing.

A breakthrough in the case finally came last month when Atlanta police received word that the Georgia Bureau of Investigation’s forensic lab was able to match his DNA profile to the profile obtained in the Smith and Brown cases.

“Today, for me, is a bittersweet moment,” Smith’s mother, Acquanellia Smith, said Tuesday at the news conference.

“I never imagined this person to be deceased. So many unanswered questions that I had for him that I could never ask or get answers,” she said through tears. “I would never say it was closure for me because I’ll live with this pain for the rest of my life.”

She shared a hug with Brown.

“This has been a part of my life that I had hidden for a while because I did not want to live in that pain anymore,” Brown said. “I’m so conflicted because on one hand I want to rise above and not let this control me, but on the other hand I want his family to suffer, because he’s not here to suffer. I want them to feel the pain that my family has felt for years.”

Officials said there’s no evidence that Arnold was linked to other crimes. He was never arrested or charged in either Smith or Brown’s cases.