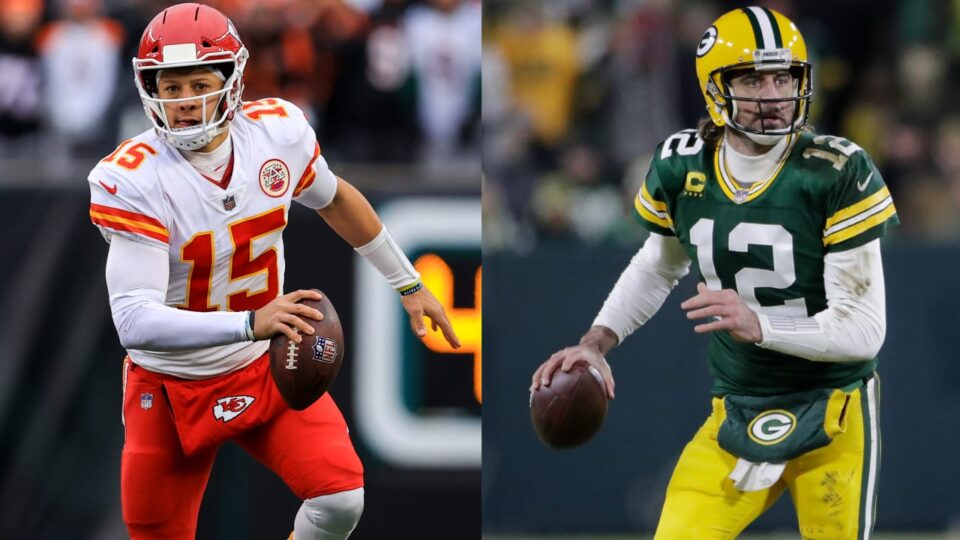 NFL franchises use contextualized data to create competitive advantages. In order to realize an edge, teams need to employ the right data in the right way at the right time. This means distilling, interpreting and applying only the most influential data in a framework that accounts for personnel, opponents and evolving game situations. My goal is to be YOUR analytics department. Each week this season, I want to work for you by providing a peek into which numbers flag in my models as the most impactful … or the most misunderstood.

As always, let me know if your eye test is picking up on something interesting, or if there’s a stat/trend you’d like me to take a deeper look at. You can hit me up on Twitter @CFrelund. As with any great analytics department, the more collaborative this is, the more value we can create.

It’s the final chapter of the first 18-week regular season in NFL history! Only 16 games separate us from the playoffs, so this week we’re going to look at my projected playoff seeding. Below you’ll find my outcomes and notes after running 300,000 simulations for each game. Then, for each team, I’ve added one of my favorite Next Gen Stats nuggets for additional context heading into the postseason.

My models have the Titans topping the Texans in 71.8 percent of simulations this week, which is their most direct path to a playoff bye. Tennessee earns the No. 1 seed in 75.4 percent of outcomes. The Titans are 10-2 in the 12 games A.J. Brown has played (and 1-3 without him), in part because when he’s on the field, Ryan Tannehill’s passing efficiency on downfield throws (10-plus air yards) has been considerably better:

In order to get the No. 1 seed, the Chiefs need one of two outcomes:

Win + Titans lose or tieTie + Titans loseI have the Chiefs beating the Broncos in 69 percent of simulations and the Titans taking down the Texans in 71.8 percent, which drives a high likelihood of Kansas City being the No. 2 seed. Patrick Mahomes and Co. are most likely to face the Chargers on Super Wild Card Weekend, per my model, with the Colts a lesser possibility.

The Chiefs have faced a two-high safety shell on 66.6 percent of offensive snaps this season — a whopping 12.1 points more than any other team has seen (Ravens are second at 54.5%) — which has posed problems for Mahomes:

The Bengals end up in the third slot in 67.7 percent of simulations, with the Colts their most likely opponent, followed very closely by the Raiders. The outcome of Chargers-Raiders likely determines the Bengals’ Super Wild Card Weekend opponent:

If the Chargers win, which I have them doing in 53.2 percent of simulations, then the Bengals will likely face the Colts, who I have beating the Jaguars in 82.4 percent of Week 18 outcomes. If the Raiders win, Cincinnati will likely host Las Vegas. No matter who the opponent, the Bengals’ ability to withstand defensive pressure will be a key to the game. Joe Burrow has been excellent when pressured this season. And by excellent I mean he holds the NGS-era record for yards per attempt with 9.7 yards (min. 100 attempts).

The Bills’ most likely first-round playoff matchup is against the fifth-seeded Patriots, per my models. The second-highest occurring matchup for the Bills is as the No. 3 seed hosting the sixth-seeded Colts, which is five times less likely.

Despite his season-long success on down-field passes, Josh Allen has struggled in this area over the Bills’ past seven games, including throwing zero touchdowns and three interceptions last week against the Falcons. In weeks 1-10, Allen had a 56.5 completion percentage, 12.3 yards per attempt, 15 TDs, only 1 INT and a 136.5 passer rating on passes of 10-plus air yards, per NGS. The TD-to-INT ratio and passer rating led the NFL. Since Week 11, his results are far less efficient: 47.4 completion percentage, 8.1 yards per attempt, 8 TDs, 8 INTs and a 70.7 passer rating.

The Patriots beat the Fins in 56.7 percent of my Week 18 simulations, which is a big reason why they end up as the No. 5 seed in 60.9 percent of playoff simulations. Their most likely opponent on Super Wild Card Weekend is a rubber match with the Bills.

Against Jacksonville in Week 17, Mac Jones earned his first 100-plus passer rating when not under pressure (138.3) since putting up 127.4 vs. the Titans in Week 12, per NGS. The three games between those two solid outings tell a different story, however, with Jones struggling under pressure to the tune of a 66.3 passer rating on 6.8 yards per attempt with two touchdowns against four picks.

The Colts make the playoffs in 82.5 percent of simulations and are most likely to land the No. 6 seed — but by the smallest margin. I have the Chargers topping the Raiders in 53.2 percent of simulations, which is the path that sends the Colts to the sixth seed, where I project they’ll face the Bengals. If the Raiders win, the Colts will occupy the No. 7 seed where they’d most likely face Kansas City.

Jonathan Taylor has a monstrous 455 rushing yards over expected this season, the most by a running back in a single season since Next Gen started tracking in 2016. Last season, Derrick Henry had plus 411, which is the next-closest. The second-year back will need to keep producing at an MVP rate for the Colts to advance deep into the postseason.

The outcome of Sunday night’s tilt between the Chargers and Raiders will go a long way in determining the entire AFC playoff field, as both of these teams — and the ripple effect of which seed they end up with — could be very disruptive. My model has the Chargers making the playoffs in 53.2 percent of simulations and the Raiders in 51.9. The Chargers’ playoff probability is nearly identical to my win projection for them against Vegas (53.2 percent), but if you extend out the decimal points, you find the playoff percentage is a bit higher because it factors in that a tie on Sunday night would also earn them a postseason spot.

Justin Herbert has been less effective against the blitz all season, including in his Week 4 win over the Raiders. Good news for L.A. in this weekend’s win-and-in matchup: The Raiders have blitzed at the lowest rate in the League (15.2%). Against the Raiders’ blitz in that early-October game, Herbert was 3 of 10 for 23 yards and had a 39.6 passer rating. However, when Vegas didn’t blitz, he was 22 of 28 for 199 yards, three TDs and a 132 passer rating. For the season when facing the blitz, Herbert has a lower completion percentage (69.8 vs. 59.6) and passer rating (102.2 vs. 91.3).

The Packers are the only fixed piece in the entire NFL playoff puzzle, having already locked up the No. 1 seed and first-round bye.

My model projects the Bucs beat the Panthers in 58.6 percent of simulations, bringing them to 13-4 for the season. I also have the 49ers upsetting the Rams, dropping L.A. to 12-5, but only in 51.3 percent of simulations. The Bucs appear destined to face the Eagles this postseason, whether Tampa Bay finishes as the second or third seed: If the Bucs finish at No. 2, they’d face the seventh-seeded Eagles in my highest probability outcome; if they’re the No. 3 seed, they’d face the sixth-seeded Eagles in my second-highest probability outcome. In fact, the Bucs take on the Eagles in 90.8 percent of my playoff brackets.

As it has throughout his career, Tom Brady’s quick release has helped him avoid pressure this season. His 2.50-second average time to throw is his fastest of the NGS era. Only Ben Roethlisberger has been faster at 2.39 seconds; though, Brady’s air yards per attempt (8.0) wallops Big Ben’s (6.8). Brady has been under pressure on only 14.9 percent of dropbacks, which trails only Derek Carr’s 2016 rate of 12.8 percent for any quarterback since 2016. When kept clean, Brady leads all players in attempts (598), completions (420) and passing yards (4,455) in a single season since 2016.

The Cardinals top the Seahawks on Sunday in 55.5 percent of my model’s outcomes, and the 49ers just barely edge out the Rams (51.5 percent), which means the Cardinals are most likely to earn the No. 3 seed in my playoff bracket. The interesting thing here is that the Cardinals would likely face the Niners in that scenario. Should the Rams beat the Niners (remember, it’s basically only a coin flip), then Arizona’s most likely matchup next weekend would be as the No. 5 seed taking on the fourth-seeded Cowboys — a rematch from Week 17. The Cardinals play either the Niners, Rams or Cowboys in 88.9 percent of Round 1 matchups in my model.

Arizona’s defense has allowed positive rushing yards over expected on just 17 percent of rushes since Week 16 (the lowest rate in the NFL), after allowing positive RYOE on 38.1 percent of rushes in Weeks 1-15 (fourth-highest). On rushes inside the tackles since Week 16, the Cardinals have allowed the second-lowest yards per rush (2.4) and the seventh-lowest percentage of runs of 10-plus yards (4%) — a huge improvement from earlier in the season (Weeks 1-15: 4.6 and 14.1%).

The Cowboys end up as the No. 4 seed in 91.3 percent of simulations. They are most likely to host the Rams on Super Wild Card Weekend, with the Cardinals the second-most likely opponent.

Dak Prescott has set been most effective on quick passes this season, setting career highs in completion percentage (79%, third-highest in the NFL), yards per attempt (6.6) and passer rating (106.4).

The Rams’ chance of ending up with the No. 2 seed is only slightly worse than a coin flip in my model, as I have the 49ers beating them this weekend in just 51.5 percent of simulations. The most likely outcome in my models for the Rams on Super Wild Card Weekend is as the No. 5 seed traveling to fourth-seeded Dallas. This matchup just edges out (by 5 percentage points) the Rams, as the No. 2 seed, hosting the seventh-seeded Saints.

Matthew Stafford and Cooper Kupp are the only duo with more than five receiving touchdowns on in-breaking routes (angle, cross, in, post and slant) this season, per NGS. This Stafford-to-Kupp connection accounts for 42 completions (tied for first), 769 yards and eight touchdowns (both first). They are also the only duo that has earned more than 400 yards on out-breaking routes (corner, flat and out), where they have connected 43 times (second-most) for 462 yards (most) and four touchdowns (tied second).

Deebo Samuel ranks in the top two in multiple rushing metrics outside the tackles this season (non-QBs, min. 35 attempts): yards per rush (6.6), touchdowns (7), yards after contact per rush (5.6), 10-plus-yard rush percentage (23.7%) and rushing yards over expected per carry (2.75). Samuel’s 6.7 yards per rush against seven or fewer defenders in the box this season leads the NFL (among qualified non-QBs).

Note: The Saints earn a playoff berth in 41.6 percent of simulations, but are more likely to be the seventh seed.

The Eagles’ most likely situation heading into Super Wild Card Weekend is as the No. 7 seed facing the second-seeded Bucs. Philly’s second-most likely scenario is as the sixth seed, taking on No. 3 seed … Bucs. In 90.8 percent of my playoff brackets, my model has the Eagles traveling to Tampa Bay.

As a team, the Eagles have outperformed their expected rushing yards on 39.8 percent of rush attempts since Week 7 (highest rate in the NFL over that span). Their +226 rushing yards over expected during that period trails only the Colts (+398) and Browns (+276).