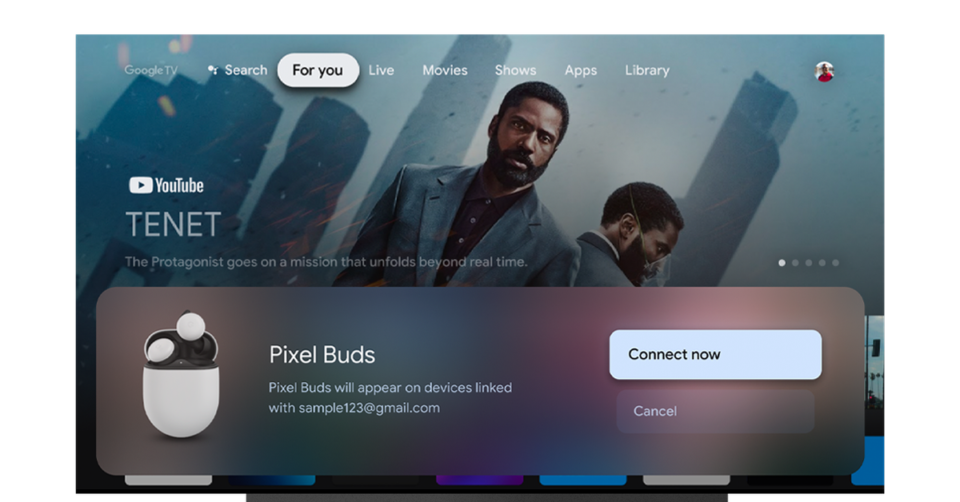 Google plans to spend the next few months beefing up the Bluetooth headphone capabilities on Android phones. It plans to update its Fast Pair technology to include features that iPhone and AirPod users have long enjoyed. With supported headphones (which presumably are forthcoming in 2022 but have not yet been announced), audio sources including Android phones, Chromebooks, Android TV, and select Windows PCs will be auto-switching.

Auto-switching and spatial audio are just two of many Fast Pair features set to arrive “in the coming months” and, in a few cases, “in the coming weeks.” Fast Pair is Google’s system for more seamlessly pairing Bluetooth devices together, using a little pop-up window instead of requiring users to go spelunking in the system settings.

As with Apple’s system, it’s also meant to pair your headphones to multiple devices attached to your account. Unlike Apple’s system, Google’s Fast Pair feature set is still unfinished and a little confounding. In both cases, however, the core idea is to build a system on top of regular Bluetooth to make it easier for users to manage their devices — and perhaps to create a little lock-in as a result.

Samsung has a lock-in ecosystem of its own with Samsung devices and Samsung headphones, supporting some of the features that Google is hoping to roll out more generally this year. Google’s Fast Pair, however, are open to more manufacturers.

Alongside those two marquee Fast Pair features, a smattering of others are coming in 2022. Google will enable Fast Pairing on Google TV and “other Android TV OS” devices as well as Chromebooks. More interestingly, Google is partnering with Acer and HP to begin bringing some of its Fast Pair technologies to Windows PCs, as well as bringing support for Nearby Share and text message sync.

These audio features are part of Google’s larger set of CES 2022 announcements — all of which are also set to arrive sometime in 2022. Google’s “Better Together” branding is extending to include text message sync for any app with Chromebooks, using the Fast Pair UI to set up smart home gadgets, building Chromecast into Bose speakers and soundbars, and even unlocking Android phones with Wear OS 3 smartwatches.

In all, these announcements are Google’s attempt to bring Android users many of the ecosystem benefits that Apple users enjoy. But since it’s Google and Android, expect the rollout to take some time and be a little haphazard. Google does say that many of these features won’t require a full Android OS update, at least.

The real reason this tech is banned