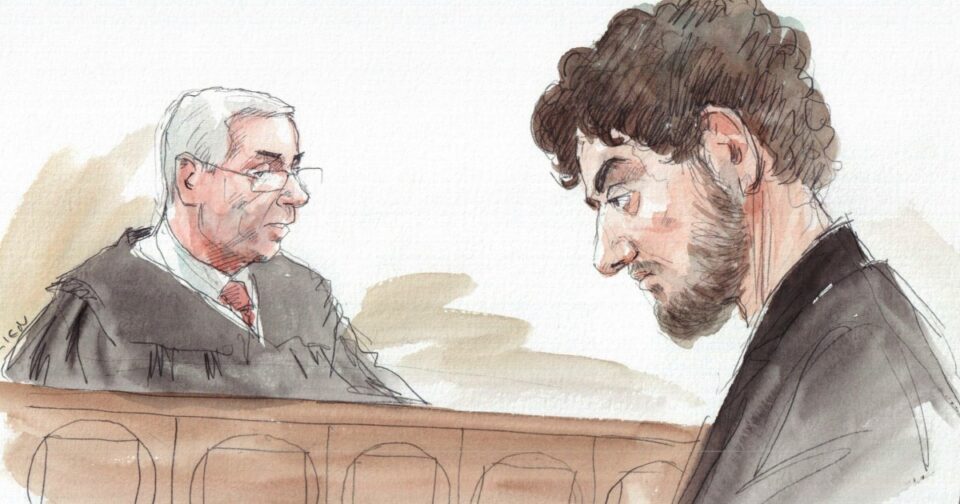 Convicted Boston Marathon bomber Dzhokhar Tsarnaev hasn’t been paying fines or victims with the tens of thousands of dollars deposited into his trust fund, including a Covid-19 relief payment he received in June, federal prosecutors said in a filing Wednesday.

In the filing, prosecutors asked that the approximately $20,000 deposited into Tsarnaev’s trust fund be used to pay his outstanding fines.

Tsarnaev, 28, was convicted six years ago of acting with older brother Tamerlan to set off two pressure-cooker bombs near the finish line of the Boston Marathon on April 15, 2013. Three people were killed, and hundreds more were injured, many of them seriously.

Like other inmates, Tsarnaev, who has been held at the United States’ top security prison in Florence, Colo., received a $1,400 Covid-19 relief payment on June 22, 2021, according to the filing.

He also received $11,230 from the office of federal defenders in New York; $2,500 from someone in Indianapolis; roughly $1,450 from a person in Bloomfield, N.J.; and $950 from a person in Frederick, Maryland, the filing indicated.

Tsarnaev is allowed to keep money to pay for clothing, school books and other items that can help him in jail. But prosecutors said he hasn’t been using his money for those purposes or to pay his victims.

Instead, the filing says, he’s sent money to others, including his siblings. Payments totaling $2,000 were given to them for “gifts,” “support” and “books,” prosecutors said.

Tsarnaev’s lawyers did not immediately respond to a request for comment.

Tsarnaev was sentenced to death in the bombing, but a three-judge panel of the U.S. Court of Appeals for the 1st Circuit overturned that penalty in 2020. In October, the U.S. Supreme Court signaled that it would likely allow his death sentence to be reimposed.