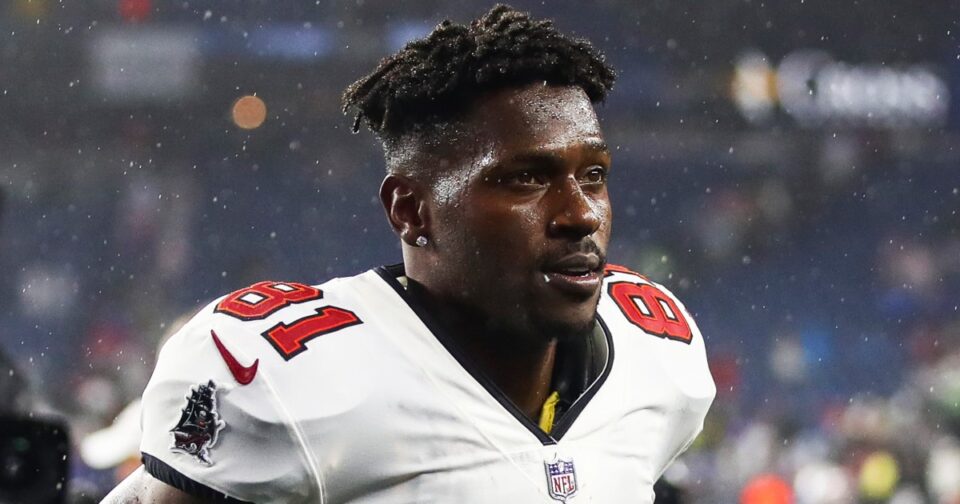 The Tampa Bay Buccaneers formally released wide receiver Antonio Brown and disputed the player’s claims he was injured and unable to play this past weekend, the team said Thursday.

Brown took off his uniform and protective gear before storming off the field at MetLife Stadium in New Jersey on Sunday in a spectacle that grabbed the national attention of football fans and non-sports watchers, alike.

Tampa Bay Coach Bruce Arians said immediately after his team’s game against the New York Jets that Brown was “no longer a Buc,” making Thursday’s announcement a mere formality.

“The Tampa Bay Buccaneers have terminated the contract of Antonio Brown, effective immediately,” the team said.

Brown issued a lengthy statement on Wednesday night, claiming he was told to play despite telling his coach he couldn’t due to an ankle injury that caused him to miss practice time last week.

In their statement on Thursday, the Buccaneers fired back at Brown but noticeably said the player didn’t tell “medical personnel” about the ankle. The Bucs didn’t mention any talks Brown might have had with coaches before he left MetLife Stadium.

“While Antonio did receive treatment on his ankle and was listed on the injury report the week leading up to last Sunday’s game, he was cleared to play by our medical team prior to the start of the game and at no point during the game did he indicate to our medical personnel that he could not play,” the team said.

“We have attempted, multiple times throughout this week, to schedule an evaluation by an outside orthopedic specialist, yet Antonio has not complied. Maintaining the health and wellness of our players is of the utmost importance to our organization.”

Brown’s highly publicized meltdown has sparked a national debate about mental health of athletes, particularly those in the violent sport of football.

Elmo’s feud with a pet rock has consumed the internet