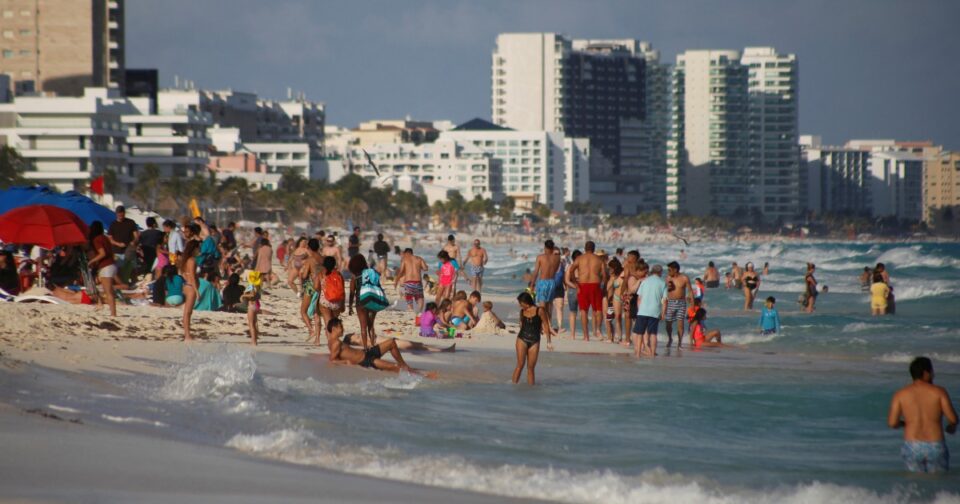 LA PAZ, Mexico — COVID-19 infections are rising across Mexico, especially in two states home to major tourism destinations on the Caribbean Sea and Pacific Ocean that were busy during the holiday season.

According to data from the federal government, Quintana Roo, where tourists flock to Cancun, Tulum and other spots along the Mayan Riviera, and Baja California Sur, which draws beachgoers to the twin Pacific resorts that make up Los Cabos, are both experiencing some of their highest infection totals since the start of the pandemic.

During the holidays, the waterfront and beaches in La Paz, the capital of Baja California Sur perched on the Sea of Cortez, were packed with tourists. Early in the pandemic they had been closed.

Farther south in Los Cabos, hotels were at 75 percent of their capacity during the week of Christmas, according to the federal Tourism ministry.

“In December, January, tourism took off,” said Isrrael Coto, manager of a hotel-restaurant in La Ventana, about 20 miles south of La Paz. “People are tired of the confinement.”

Infections shot up too. Baja California Sur saw 700 new infections Dec. 29, compared to a previous high in July of fewer than 600.

On the opposite coast, Quintana Roo, went from 27 cases Dec. 20 to 484 eight days later, though that remained below its single-day high of 574 in August.

“This new variant (omicron) is very contagious, but fortunately it is not requiring hospitalization, nor do we have cases of rising deaths,” President Andrés Manuel López Obrador said Tuesday.

Mexico experienced its worst moments of the pandemic a year earlier when hospitals were overwhelmed and test-confirmed Covid-19 deaths were above 1,400 daily. The real numbers were surely even higher because of limited testing.

“There’s a little nervousness,” he said. “The vaccine helped a little to give some certainty, but even so.”

Daniela Yepiz, a stylist in La Paz, said concern seemed to grow after infections rose in the days after Christmas, citing a lot of cancelations. “The people stopped coming,” she said.

Health Secretary Jorge Alcocer said, recent studies appear to indicate that even though there are new variants, the prevalence of vaccines could begin to mitigate the most serious effects of the virus. He emphasized that that was still just a hypothesis.

Mexico has vaccinated 88 percent of adults and has started giving a third dose to the elderly and health workers. Teachers will begin receiving the booster in the coming days.

“We are not as worried as before because most people are vaccinated,” said Arturo González Ledesma a doctor at Ajusco Medio Hospital in Mexico City, which has specialized in COVID-19 patients since the start of the pandemic. “Only in the unvaccinated do you see the face of terror.”

González encouraged people to remain careful. “We shouldn’t say we’re going to come out of it yet.”

The increase in infections led a dozen states of Mexico’s 32 to delay the return to classes after the holidays. While many of the country’s students returned to school Monday, those other states, including Quintana Roo and Baja California Sur, delayed the start to Jan. 17.

Meanwhile, local governments are once again stepping up their testing efforts. In La Paz this week, long lines were visible outside Covid-19 testing centers. Mexico City announced Tuesday that it was expanding testing hours at health centers and re-opening testing kiosks around the city in an effort to double capacity to about 23,400 tests daily.

Major population centers including Mexico state, which contains many of the capital’s suburbs, as well as Guadalajara and Monterrey are also seeing rising infections. Mexico is nearing 300,000 test-confirmed Covid-19 deaths, though the real number of Covid-19 deaths is closer to 450,000, according to the government.