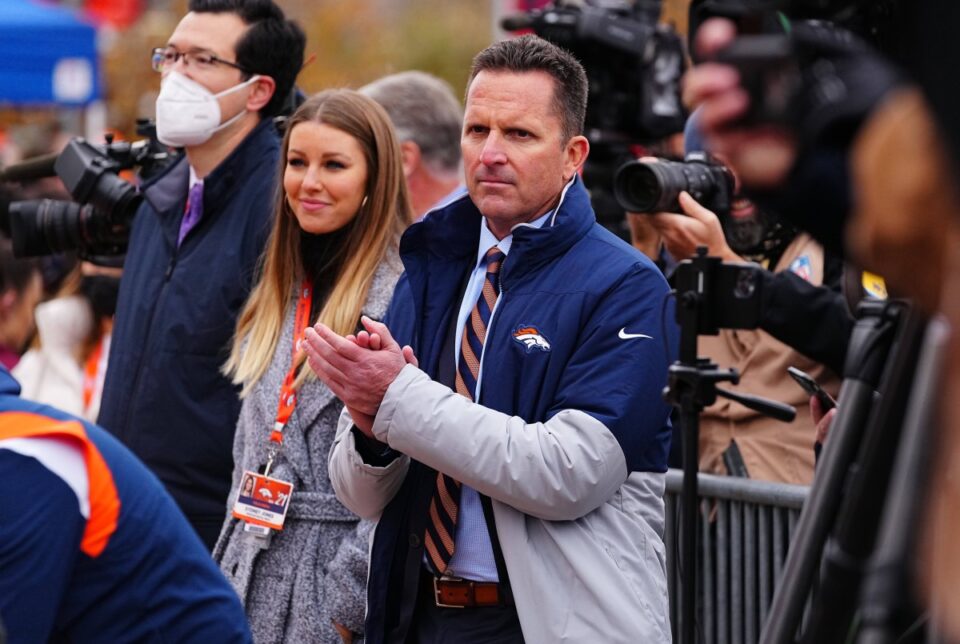 The Denver Broncos were officially eliminated from the playoffs with the Week 17 loss to the Los Angeles Chargers. However, the Broncos still have one game left and plenty to play for, or not play for, depending on how one prioritizes draft position.

Of course, to better the Broncos’ chances of moving up in the draft order, they would have to lose the season finale to the Kansas City Chiefs. Rooting for your team to lose can be a difficult pill for many fans to swallow, but this last game could have major implications for the 2022 NFL draft.

Going back to the finale of the 2019 season, the Broncos beat the Las Vegas Raiders, and that was a difference of picking No. 10 overall, where they would have had a chance to take Iowa offensive tackle Tristan Wirfs, to picking 15th. Another example from that season was a near win by the Cincinnati Bengals when they took the Miami Dolphins to overtime in Week 16.

If the Bengals pulled out the win there, they wouldn’t have been picking first overall in the 2020 draft, and the Washington Football Team would have been, meaning QB Joe Burrow would not be a Bengal, which would have then had a trickle-down effect on the 2021 draft.

With how things currently stand, the Broncos could be picking from No. 7-to-11 overall. Denver currently holds the No. 11 pick, if the draft were tomorrow Losing to Kansas City could see Denver plummet as low as No. 7, but, conversely, a win could see rocket them from to as high as 14.

This year, the draft class has a weird array of talent when picking after 10th overall. While there is talent, the prospects in the conversation aren’t necessarily the best fit for Denver or the best positional value for a first-round pick. This is especially the case with how the quarterback class is shaping up, with none worth a top-20 pick at the moment.

Of course, with so much left in the draft process, things can change, but securing a top-10 pick would put the Broncos in a prime spot to get one of the best edge rushers, offensive tackles, or even cornerbacks. It also would help Denver in the second round, which could bolster a potential trade-up into the first round for a quarterback if GM George Paton doesn’t land a veteran before the draft.

What happens next on the Broncos? Don’t miss out on any news and analysis! Please take a second, sign up for our free newsletter, and get breaking Broncos news delivered to your inbox daily!

The Broncos are playing on Saturday and being the first game of the week, it clears up their rooting interests. Of course, a loss is the best outcome for a draft position, but a surprise win would mean the Broncos played spoiler to the Chiefs as they are fighting for the top seed in the AFC. And it would snap Denver’s 12-game losing streak to its bitter divisional foe.

With a Broncos loss, the four games that matter the most in Week 18 are as follows:

Chicago Bears at Minnesota Vikings (Bears)Washington Football Team at New York Giants (WFT)Seattle Seahawks at Arizona Cardinals (Seahawks)New Orleans Saints at Atlanta Falcons (Falcons)If the Bears, Washington, Seahawks, and Falcons win their respective games, it would put the Broncos at 7th overall in the draft. Each win from one of those teams moves them up the draft order, so at least one of those four winning would give Denver the 10th overall pick, provided they lose to Kansas City. However, each of those games also involves a team that is still in the hunt for the playoffs or playing for seeding.

If the Broncos manage to beat the Chiefs, they’d need the Vikings to beat the Bears as the flipped result would move Denver down in the draft order. The Broncos would also need the Cleveland Browns to beat the Cincinnati Bengals, with the Miami Dolphins beating the New England Patriots.

Bottom LineWhile rooting for a loss is hard, a loss is the best way to secure a higher pick which would ultimately posture the Broncos in a better position for talent at a few positions, though quarterback isn’t necessarily one of them.

Cementing a top-11 pick at worst (with a loss), compared to the risk of dropping a few places (with a win), would be great for the Broncos as they’re attempting to make those remaining roster additions to turn the ship around once and for all.