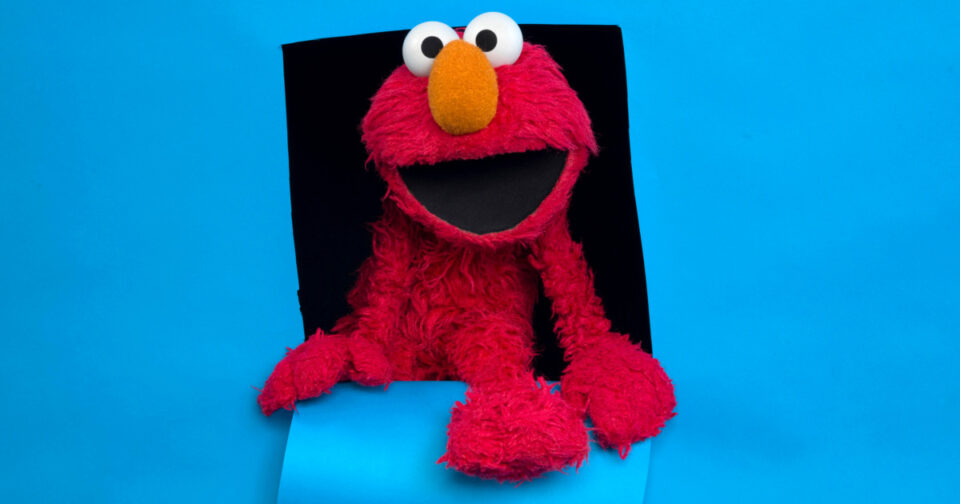 When describing Elmo of “Sesame Street,” the words that likely come to mind include “cute,” “cuddly” and “lovable.”

But in 2022, two new words can be added to that description: “unhinged” and “savage.”

That’s because the iconic fuzzy red monster has kicked off the year going seriously viral for a long-standing feud with the rock. Not that The Rock. A literal rock, confusingly named “Rocco.”

On Monday, Elmo became the topic of many tweets after a clip of him yelling about Rocco, a pet rock belonging to his “Sesame Street” friend Zoe, went viral.

In it, Elmo assumes he can take an oatmeal raisin cookie that has been given to the inanimate Rocco. When Zoe tells Elmo he can’t eat the cookie, he … fully loses his cool.

Smoke practically rises out of the little monster’s ears when he’s told by Zoe that “Rocco wants to eat” the cookie.

“How? How is Rocco going to eat that cookie, Zoe? Tell Elmo! Rocco doesn’t even have a mouth! Rocco’s just a rock! Rocco’s not alive!” he shouts, clearly at the end of his rope with Zoe.

The clip, which is from an episode of “Sesame Street” that aired on May 3, 2004, has been liked more than 400,000 times and viewed more than 7.2 million times since it was posted on Twitter.

Who really is Rocco?

Every feud has an origin story.

For Elmo and Rocco, it likely began in 1999, when the rock made his appearance in an episode of “Sesame Street.”

Since then, Elmo has always appeared to be somewhat exacerbated by the pet rock.

Throughout that 2004 episode, Elmo is tormented by Rocco’s presence during various activities.

In one instance, it’s when Elmo is playing with Zoe and a human character, Gabi, as they jump while reciting the alphabet. In another, it’s when Rocco gets a turn on a swing set before Elmo.

The feud comes to a head during the cookie incident.

When Elmo loses his cool, and Zoe instigates that Rocco should keep the cookie, Gabi points out that not only has Elmo been fair to Rocco the whole day, albeit reluctantly, but also, that while it’s fun to pretend, Elmo is right — Rocco is not alive like Elmo and doesn’t have feelings or get hungry.

Elmo is no stranger to meme culture. “Elmo Rise,” a gif of Elmo, arms outstretched in front of roaring flames, has been one of the most accessible memes for both the extremely online and the casual internet users for a full decade.

Other popular Elmo memes include an image of an Elmo doll on a training potty, often used as a text meme, and nuclear bomb Elmo, in which the character looks astounded in front of a bomb detonating.

But Elmo’s feud with Rocco revealed to many just how sassy the Jim Henson muppet can be.

It’s unclear who threw the first viral rock: Twitter or TikTok. Videos of Elmo went viral within weeks of one another on both platforms.

But, the Elmo inflection point might have happened on Dec. 13, when an audio on TikTok began to go viral.

The sound is from a 2020 episode of Sesame Street, in which Elmo and character Rosita singing about how to solve a problem with items like “an oatmeal container, a wooden bowl, a plastic water bottle and a paper towel roll.” That audio has been used in more than 106,000 videos.

It was on Dec. 29 that TikTok star Liv Pearsall posted a video entitled “7 Times Elmo Was an Absolute Savage,” in which the star with more than 2.7 million followers lip synced to various Elmo-ments.

In that video, which has been viewed more than 8.8 million times, several moments Pearsall lip synced included the feud between Elmo and Rocco, with Pearsall interpreting Elmo’s frustrated expression and demeanor.

Pearsall would later make another video on TikTok, entitled “13 More Times Elmo was a Freakin’ Savage,” which included a number of newly viral moments, including Elmo’s pronunciation of “balsamic vinaigrette” on “The Tonight Show Starring Jimmy Fallon” as well as clips of Elmo talking about using the bathroom while on the Australian talks how “Rove.”

Pearsall did not respond to multiple requests for comment.

The virality of the cookie clip this week led to others posting their own favorite sassy Elmo moments and reactions to Elmo’s outburst.

“The rock did something to Elmo and imma find out what happened,” one user wrote.

Another user photoshopped Elmo and Zoe’s faces onto Adam Driver and Scarlett Johansson’s characters faces from the scene in “Marriage Story” in which the two are fighting.

Needless to say, the internet became very invested in Elmo’s wellbeing in 2022.

Elmo knows we’re all talking about him

As social media exploded with Elmo clips and memes, the fuzzy red monster himself tweeted out a distinguished statement addressing the response.

Elmo did not immediately respond to NBC News’ request for comment.

“Has anybody ever seen a rock eat a cookie?” he asked. “Elmo is just curious.”

Is a new feud brewing?

On Thursday, another rock got into the proverbial ring with Elmo.

Dwayne “The Rock” Johnson responded to Elmo’s inquiry about whether rocks eat cookies, telling him that rocks do, in fact, eat cookies.