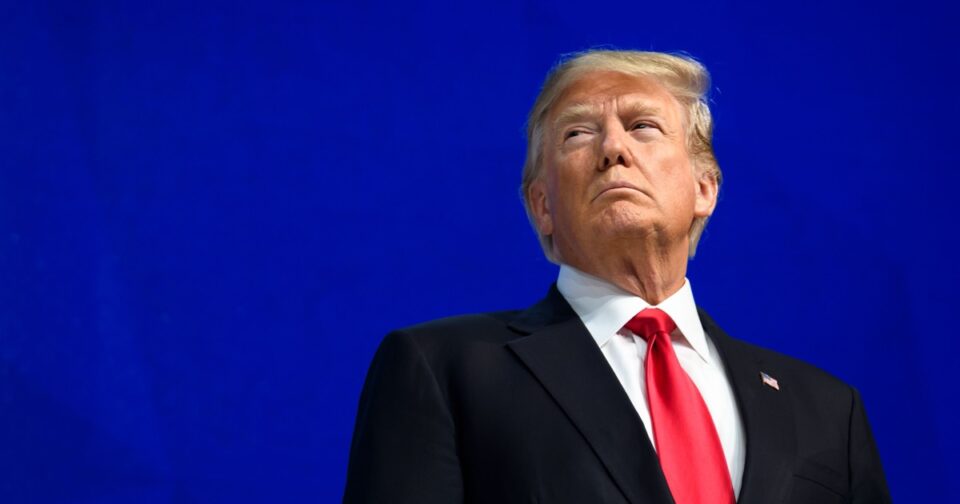 One year after members of far-right groups rioted at the U.S. Capitol, the online extremist forums that telegraphed the brutality of Jan. 6 are still home to violent rhetoric.

But they also indicate a different reality: Disparate groups that once united around a shared goal are now struggling to agree on many issues, including what happened on Jan. 6 and how to interpret former President Donald Trump’s support for Covid vaccines.

Calls for violence in these online forums have become less specific, though experts warn they are still cause for concern.

A report to be released Thursday from Advance Democracy, a nonpartisan nonprofit group that conducts public-interest research and investigations, found that “while explicit calls for violence are no longer as prolific, misinformation about election fraud and conspiracy theories about the 2020 presidential election continue to be prominent” and that “a number of users continue to use violent rhetoric.”

It is a distinct shift from the days leading up to Jan. 6, 2021, when users of TheDonald.Win, an extremist forum that was relocated to an independent website after being banned from Reddit, posted pictures of ammunition in their hotel rooms and maps of the tunnels underneath the Capitol.

Top posts on that same forum in recent weeks have lamented Trump’s support for Covid vaccines and booster shots, as users widely assumed he did not receive them and was against them. They also expressed disillusionment in Trump, whom they believe has not sufficiently stood up for those they call “J6 prisoners,” or those who have faced jail time for participating in violent crimes during the Capitol riot.

That disappointment only grew after Trump on Tuesday canceled his planned Jan. 6 news conference at Mar-a-Lago.

One post on Patriots.win said that Trump has a whole army, “but he just won’t use it.”

Extremists have largely avoided pushing events on the anniversary Thursday, outside of several small “vigils” planned for Ashli Babbitt, the rioter who was shot and killed by a Capitol Police officer when she tried to break into the chamber of the House of Representatives.

QAnon adherents, anti-vaccine activists and Trump supporters have instead turned their attention to an anti-vaccination march on Washington on Jan. 23, which has been promoted by Steve Bannon’s War Room and anti-vaccine influencers.

The Advance Democracy report comes as far-right extremism remains under intense scrutiny from U.S. law enforcement and watchdog groups. Some groups that went quiet in the months after the Jan. 6 riot have re-emerged recently to focus on local politics, focusing on school and county health boards.

And while extremist web forums are quieter compared to a year ago, they are active — and still trying to come to terms with the riot. Patriots.Win posters remain largely split on taking credit for the attack, as are members of the QAnon movement.

Mike Rothschild, who researches the QAnon movement, said most adherents generally believe a conspiracy theory advanced by Fox News host Tucker Carlson that the riot was a setup organized by federal agents to entrap Trump supporters, while others still celebrate the violence.

“I don’t think you’re getting the open, planned, no-attempt-to-hide-it plotting that you got leading up to Jan. 6,” Rothschild said. “They’re not doing that. And we would know if they were doing that, because they made no effort to hide it at all.”

Advance Democracy’s report found no such similar direct planning on the same forums in the run-up to the Jan. 6 anniversary, but did discover disillusionment with the former president for not using his “army.”

“The violence in the rhetoric is still just as blatant as ever,” he said.