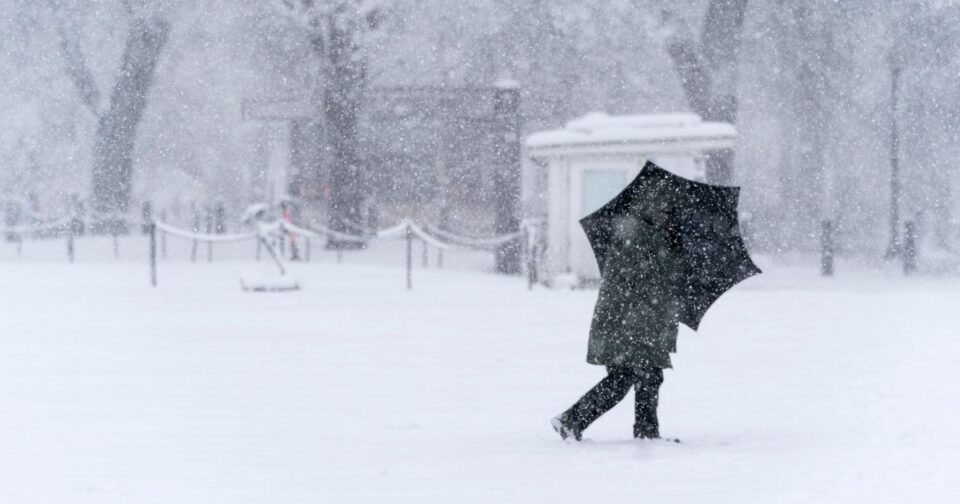 It has been a wintry, and in some cases crippling, first week of 2022 for the mid-Atlantic and Northeast, and it’s not over yet.

On Monday, the mid-Atlantic saw its biggest snowstorm in three years, dropping more than a foot of snow in some spots and stranding drivers on I-95 in Virginia for more than 24 hours.

Washington picked up 6.9 inches of snow on Monday, which was not only a daily snowfall record, but the most since January 2019. It was also more snow than fell in the last two winters combined.

On Wednesday morning, it was the Northeast and New England that experienced disruptive wintry weather that brought travel to a halt, when light freezing rain formed a glaze of ice on roadways during the morning rush hour leading to numerous accidents and road closures.

And now, Thursday and Friday could feature yet another round of accumulating snowfall. While it’s too early to determine exact snow totals for cities from Fredericksburg, Virginia, New York or Boston, snow does appear likely and the brunt of it may occur during Friday morning’s rush hour.

On Thursday, the storm system will develop and mature across the midsection of the country, bringing rain and storms to the Southeast and Carolinas and light snow to portions of the Ohio and Tennessee Valleys.

By Thursday night, snow will spread across the Appalachian Mountains and into the mid-Atlantic and interior Northeast, bringing the chance for snow to places like Charleston, West Virginia; Roanoke, Virginia; and Fredericksburg, Virginia, north to Washington and Baltimore.

By Friday sunrise, snow is forecast to be ending in Washington but could still be going in Philadelphia, New York and Boston, leading to the potential for a dangerous morning commute.

It will be a fast-moving storm system, so all snow will be off the coast of New England by Friday afternoon.

Snow totals along the track of the storm are forecast to be generally 2 to 4 inches, including along the portion of the I-95 corridor affected by the crippling Monday storm. There could be some isolated totals up to 6 inches, especially in the higher elevations of the Appalachian Mountains.

Meteorologists want to stress, however, that there is high uncertainty in these forecast snow totals at this time and these snowfall ranges may change in the next 24 to 36 hours.

There is the potential that the storm system produces higher snow totals in a narrow band somewhere between Virginia and Massachusetts, and the proximity to the I-95 corridor will determine the level of impact.