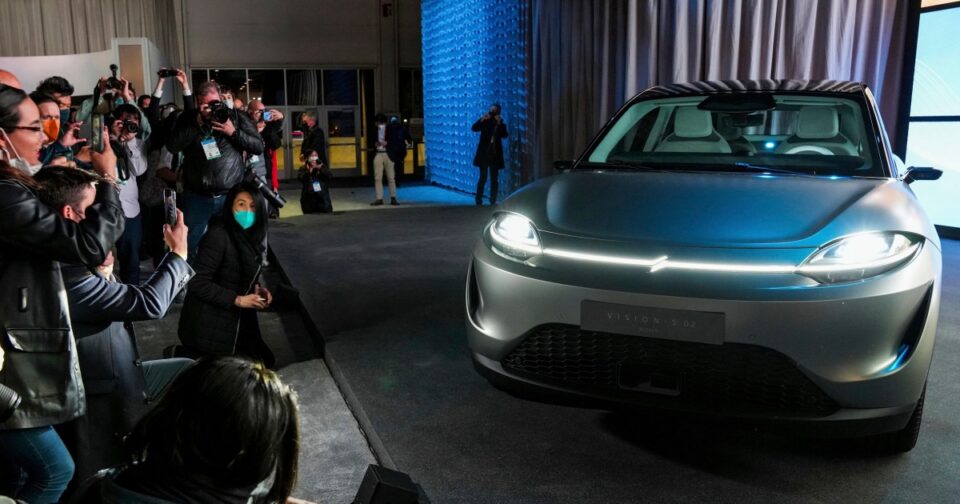 While best known for consumer electronics devices like the PlayStation game console, Sony soon may start building electric vehicles, as well, or so suggested the company’s top executive during a presentation Tuesday at the CES electronics show in Las Vegas.

The electronics giant has teased its interest in the auto industry during prior appearances at CES but, this time, Chairman, President and CEO Kenichiro Yoshida confirmed that Sony is setting up its own mobility unit. And to give show attendees an idea of what he has in mind, Yoshida pointed to a seven-seat, all-electric sport utility vehicle.

Referencing the response to a Sony SUV concept revealed two years ago, Yoshida said, “The excitement we received after we showed off the (original) Vision-S really encouraged us to further consider how we can bring creativity and technology to change the experience of moving from one place to another.”

Sony, he added during Tuesday night’s presentation, “is well-positioned as a creative entertainment company to redefine mobility.”

Tesla has led the shift from internal combustion to battery power, selling nearly 1 million of its own electric vehicles last year. Startups like Rivian, Lucid and Fisker hope to echo that success.

But some non-traditional manufacturers also have shown interest in automotive manufacturing. Apple has been tinkering with the idea, on and off, for much of the past decade. It recently signaled it could be looking to bring out its own battery-electric vehicle by mid-decade. Foxconn, the Chinese company that assembles the iPhone, has also laid out plans to build BEVs, though it is more likely to repeat its role with Apple, serving as a contract manufacturer.

Then there’s Dyson, the British company best known for its vacuums and hand dryers. It began developing a line of electric SUVs, even laying out manufacturing plans, before suddenly killing its multibillion-dollar program. Founder James Dyson said he didn’t believe the company would be able to recoup its investment in an increasingly competitive EV market.

Getting into the car business isn’t cheap, agreed Sam Abuelsamid, principal auto analyst with Guidehouse Insights. “You can burn through a lot of cash very quickly.”

But Sony has plenty of cash to burn. The company has a market capitalization of nearly $160 billion, and around $31 billion in cash on hand.

Getting into the car business is not cheap — but Sony has plenty of cash to burn, with a market capitalization of nearly $160 billion.

It also has plenty of technology that could be used in a future battery-electric vehicle. The latest version of the Vision-S SUV debuted at CES on Tuesday “has been developed on a foundation of safety, adaptability and entertainment,” Yoshida explained.

“Safety has been our number-one priority in creating a comfortable mobility experience,” he added. “That has not changed when building this SUV. A total of 40 sensors are installed inside and outside of the vehicle to monitor safety.”

When revealing the earlier Vision-S Concept, Sony said it would feature autonomous driving capabilities. Many experts believe that, in a world of self-driving vehicles, travelers will want their cars, trucks and crossovers to offer just the sort of entertainment technologies Sony is known for.

Specific details have yet to be released, so it isn’t clear how broad a line-up of vehicles Sony might envision or when it would enter the market. It did note that its products would carry the Sony brand, rather than follow the Foxconn model, producing vehicles under contract. The next step will come when a new subsidiary, Sony Mobility Inc., is established this coming spring.

Paul A. Eisenstein is an NBC News contributor who covers the auto industry.