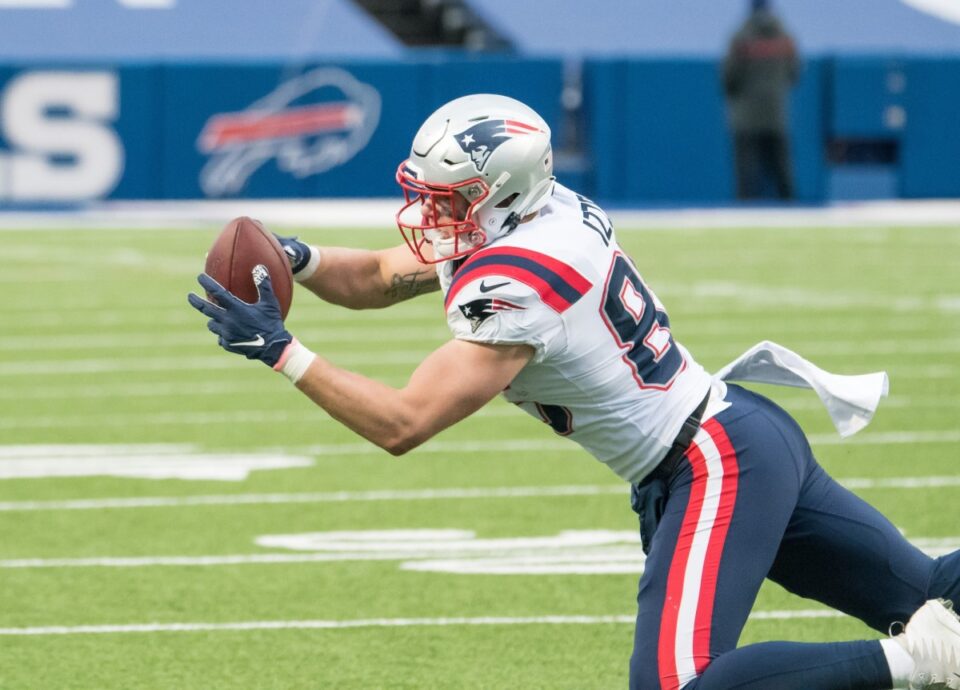 NASHVILLE – The Tennessee Titans will add to their NFL record for the number of players used in a single season.

Tennessee has signed free agent tight end Ryan Izzo, the team announced Wednesday. The 26-year-old will step in for MyCole Pruitt, who sustained a season-ending ankle injury Sunday against Miami, and likely will be in uniform Sunday against the Houston Texans.

The ideal scenario would have been for the Titans’ fourth tight end, Tommy Hudson, to take on that role. Hudson, however, is on injured reserve for the second time, which means he is out for the remainder of the season as well.

The only healthy option within the organization is Austin Fort, who has been on the practice squad since Week 2. Undrafted out of Wyoming in 2019, Fort (6-foot-4, 244 pounds) has never appeared in a regular season game.

New England traded him to Houston last March, and the Texans cut him at the end of the preseason. He has not played a game in 2021.

Pruitt (6-foot-2, 245 pounds), who underwent surgery on Monday, has been primarily a blocker for the Titans. His 14 receptions for 145 yards pale in comparison to the receiving numbers for the team’s other two tight ends, Anthony Firkser (30 receptions, 235 yards) and Geoff Swaim (30 recpetions, 208 yards).

However, Pruitt has been a useful red zone target. His three touchdown catches tie him with Swaim for second on the team behind wide receiver A.J. Brown (four).

“It is sad to watch guys who put a lot into it and see anybody get injured, but we all have a responsibility,” coach Mike Vrabel said Monday. “We all have to continue to work. We will look and see where that room is. We have had the same three guys in there. Tommy (Hudson) has been out, and Austin Fort is on the practice squad. We will look at all possibilities to see how we will replace (Pruitt).”

They eventually landed on Izzo.

Also Wednesday, the Titans signed veteran defensive lineman Da’Shawn Hand to the practice squad. A fourth-round pick by Detroit in 2018, Hand (6-foot-3, 297 pounds) has been credited with 54 tackles, three sacks and one fumble recovery in 29 games (11 starts), all with the Lions, who released him at the end of November.