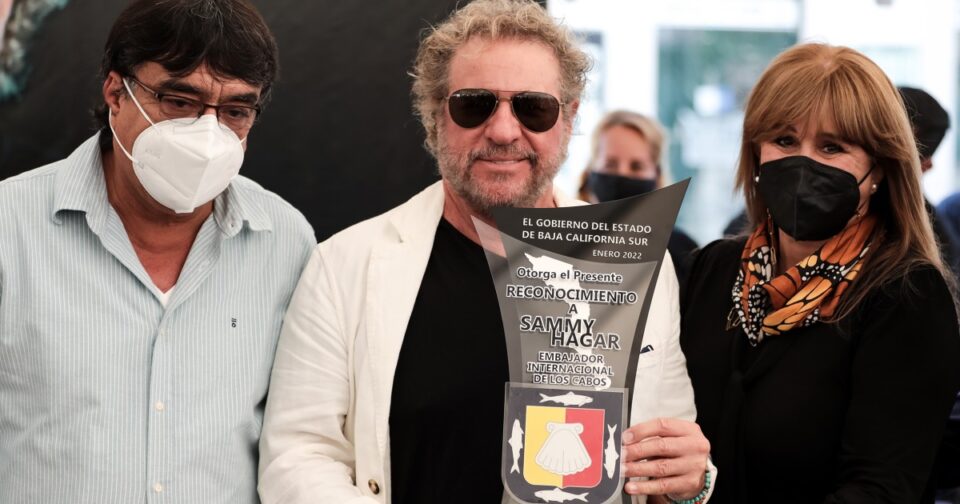 A Mexican resort city thanked a Rock & Roll Hall of Famer for putting it on the map by officially making him its ambassador of tourism.

Sammy Hagar, best known for being lead singer of Van Halen, was named tourism ambassador of Cabo San Lucas. Officials said this was in recognition of his decadeslong support of the coastal region on the southern tip of Mexico’s Baja peninsula.

“Sammy Hagar has lived in Los Cabos since the last century and his contributions to our economy are immeasurable,” Donna Jeffries, the city’s director of tourism, told NBC News in a statement. “His pioneering vision to create and invest in Mexican businesses … have created countless local jobs and have enhanced Los Cabos’ visibility as a travel destination.”

Hagar started going to Los Cabos, according to officials, in the early 1980s, when it was just a fishing village with dirt roads and one hotel.

His response to his new position? “This is my hometown,” Hagar said, vowing to place the citation naming him tourism ambassador next to his Grammy and Rock & Roll Hall of Fame induction award.

Los Cabos has over 3 million yearly visitors, according to officials.

Hagar has long pushed for Americans and others to go to Cabo; his annual Birthday Bash is known for gathering many music fans who enjoy jam sessions by rock stars.

Hagar made his name as the lead singer in Montrose in the 1970s, and replaced David Lee Roth in Van Halen in the mid-1980s.

Officials credit Hagar with investing in the city and the country through his businesses, including Cabo Wabo Cantina, Cabo Wabo Tequila and Santo Tequila, and noted his philanthropic work through nonprofits providing children’s health care.

Hagar, 74, is the first recipient of the award, created to honor those who have bolstered the city and contributed to its economic growth. In his new role, Hagar will promote Los Cabos internationally.

“I will continue to do my part in bringing this, one of the most beautiful places in the world, to the rest of the world, as your new ambassador of tourism,” Hagar said.

Edwin Flores reports and produces for NBC Latino and is based in Anaheim, California.

Kamala Harris was at DNC on Jan. 6 when pipe bomb was found outside