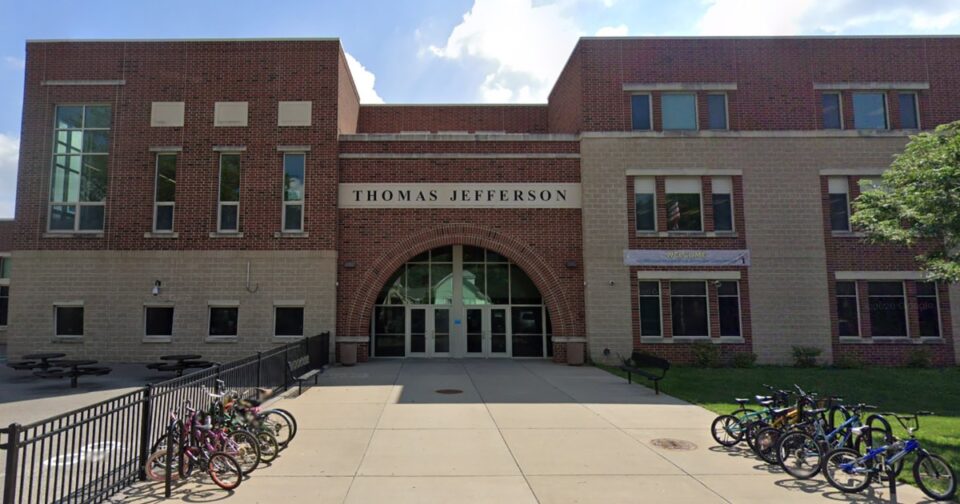 A Cleveland school district will consider renaming seven schools that currently bear the names of slaveholders and other historical figures whose legacies have been tarnished by racism. The move comes amid a national reckoning on race that has sparked protests, boycotts and legislation the city has passed since 2020.

The changes have been more than a year in the making after the Cleveland City Council in 2020 passed a resolution urging the Cleveland Metropolitan School District to rename schools commemorating figures like Thomas Jefferson and Patrick Henry. The district’s Board of Education appointed a working group over the summer to establish naming criteria and identify schools named after people who had documented histories of participating in “systemic racism” and “oppression.”

The board approved the naming criteria in September and, on Dec. 14, agreed to review the seven school names identified by the working group, according to documents provided by Thomas Ott, a spokesperson for the school district. If all goes as planned, five elementary schools — Albert Bushnell Hart, Louis Agassiz, Luis Muñoz Marín, Thomas Jefferson and Patrick Henry — will have new names by the 2022-23 school year.

Two high schools, named after John Marshall and James Ford Rhodes, will get new names at a later date, according to Cleveland.com. Based on the criteria, the working group identified the seven schools and proposed 11 others for “possible additional review.”

The board is expected to receive public input on the matter in January and February and approve new names for the school buildings in March, according to the documents.

“We’ve made it clear to the public that the board won’t make any changes without getting feedback from the community,” Ott said.

Although Jefferson opposed slavery as the nation’s third president, he owned about 130 slaves when he died in 1826, had children with an enslaved woman, Sally Hemings, and believed Black people to be racially inferior to white people, much like Hart, who was born in 1854. Agassiz, a biologist born in 1807, relied on scientific racism to assert that white people are biologically superior to Black people. Muñoz Marín, Puerto Rico’s first elected governor, fervently opposed and suppressed the Puerto Rican nationalist movement, according to a report from the working group. And Henry, a Founding Father, enslaved Black people throughout his adult life and said that not doing so would be a “general inconvenience.”

“What I’m pushing for is to have the school named after an African American leader,” said Kevin Conwell, the councilman who led the effort to have the names changed. He noted that he’d like Patrick Henry elementary, which is in his ward, to be renamed for Stephanie Tubbs Jones, Ohio’s first Black congresswoman. “Children could read about her and young girls would aspire to be like her! How would you feel if your teacher told you to do a book report on Patrick Henry and you found out he was a slaveholder?”

“I started reading about him and I was shocked. Here was a man who … was an unrepentant racist,” Mooney said. “I felt an obligation once I became aware. It’s not about tearing him down, this is about empowering the students. Even though he has substantial commitments to biology, it isn’t best for our students to go to a school named for somebody who thought they were a subspecies.”

Mooney said that, although he believes the names would have been changed eventually, the current racial reckoning in the country certainly encouraged the council’s efforts. 2020 has been called the year of protests after the deaths of George Floyd, Ahmaud Arbery, Breonna Taylor and other Black people at the hands of  police or white vigilantes. In the year that followed, Republican legislators in several states introduced dozens of anti-protest bills; bans on teaching students about racism have swept across the country; and several cities that cut their police department budgets in 2020 have restored the funding.

“The unrest that occurred may have been the spark that motivated the council to move forward. Certainly that was an impetus,” Mooney said. “I’m hoping that the students and families in the neighborhoods where the kids are located, they could have better role models. You can’t promote a figure with a history of unrepentant racism.”

Char Adams is a reporter for NBC BLK who writes about race.

The irony in Pope Francis’ putdown of childless couples