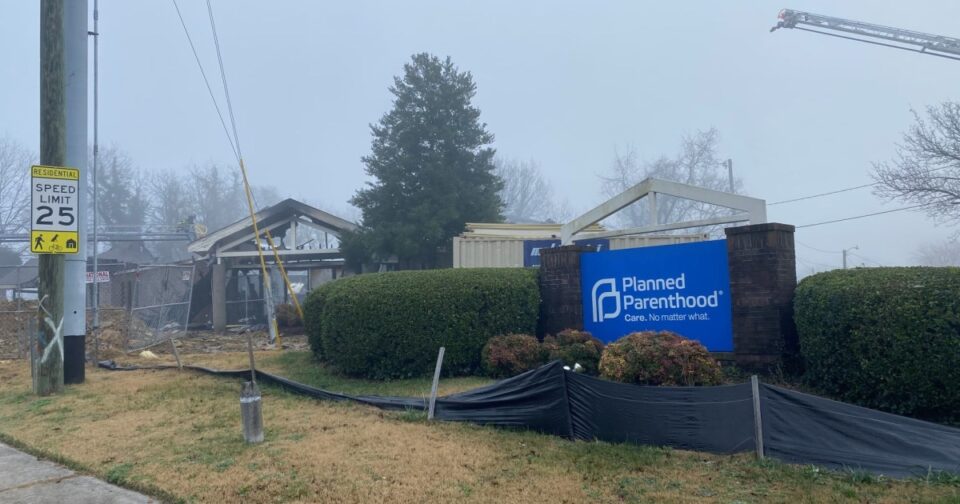 The building was nearing the end of a $2.2 million renovation and expansion project when it was burned down on Dec. 31, Planned Parenthood said.

The health center was a total loss, the organization said.

“This is an appalling and heartbreaking act of violence towards Planned Parenthood, our patients, and our community,” Ashley Coffield, president and CEO of Planned Parenthood of Tennessee & North Mississippi, said in a statement.

The health center was targeted before.

Someone fired a shotgun into its front doors on Jan. 22, 2021, the 48th anniversary of the Roe v. Wade Supreme Court ruling that recognized the constitutional right to an abortion, the healthcare organization said.

Planned Parenthood said it will not be deterred.

“Although it will take time to rebuild, we are committed to our patients in East Tennessee and will not let this attack take away the essential health care services on which they rely,” Coffield said.

Investigators are trying to identify whoever is responsible and have asked for the public’s help, the fire department said Thursday. A $10,000 reward is being offered for information that leads to prosecution.

Snoop Dogg Says The 2022 NFL Halftime Show Will Be “The Greatest Hip-Hop Show Ever.” After George Floyd & Kaepernick, Is Entertainment Enough?