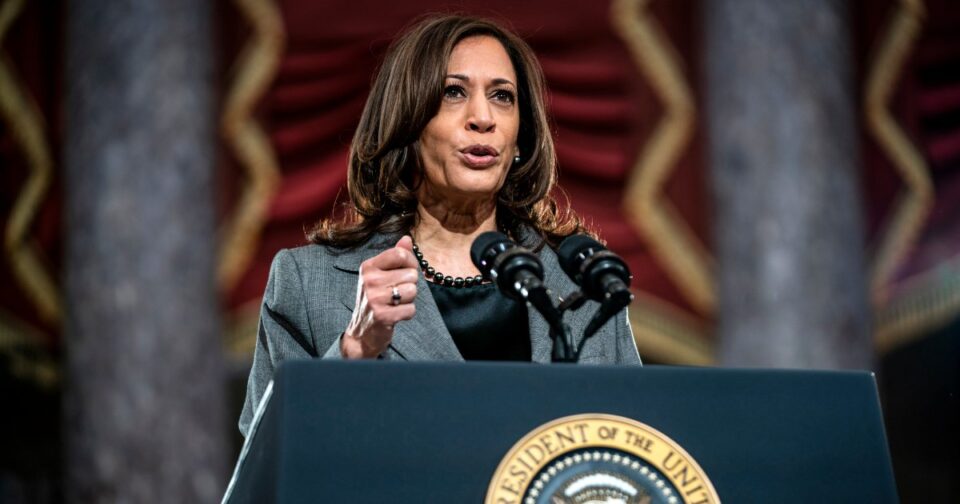 WASHINGTON — Kamala Harris, then the vice president-elect, was at the Democratic National Committee headquarters when a pipe bomb was found outside on Jan. 6, 2021, according to three people familiar with the matter.

“She was there until she was evacuated,” said a White House official who spoke on the condition of anonymity to discuss the sensitive matter.

Harris said in a speech Thursday memorializing the attack that she was in a classified briefing room at the Capitol the morning of Jan. 6.

“She left to the DNC with plans to come back when proceedings started,” said a second source, who was inside the party’s main office with Harris. “Then [stuff] hit the fan. She called repeatedly to make sure staff was OK.”

Politico, which first reported that Harris was at her party’s main offices, cited a Capitol Police timeline showing that the bomb was discovered at 1:07 p.m. and that Harris was moved out about seven minutes later. Rioters were already clashing with police outside the Capitol, and then-President Donald Trump was telling supporters to “fight like hell.”

The FBI still has not identified a suspect in the planting of bombs outside the DNC and the Republican National Committee the night before rioters stormed into the Capitol to stop lawmakers from certifying the election of President Joe Biden and Harris.

Reached by telephone, Tom Perez, who was chairman of the DNC at the time, said he did not know who was at the headquarters that day.

“I don’t keep records on who was at the building when,” he said. “I need to talk to people on the security team who were there at the time. We were all working from home.”

At a swearing-in ceremony for Julissa Reynoso Pantaleón as the U.S. ambassador to Spain, Harris did not respond to shouted questions about having been evacuated from the DNC.

Katy Tur is the host of “MSNBC Live” at 2 p.m. and a correspondent for NBC News. She is the author of the New York Times best seller “Unbelievable,” about her time covering Donald Trump during the 2016 election, for which she also won a Cronkite Award.

Jonathan Allen is a senior national politics reporter for NBC News, based in Washington.