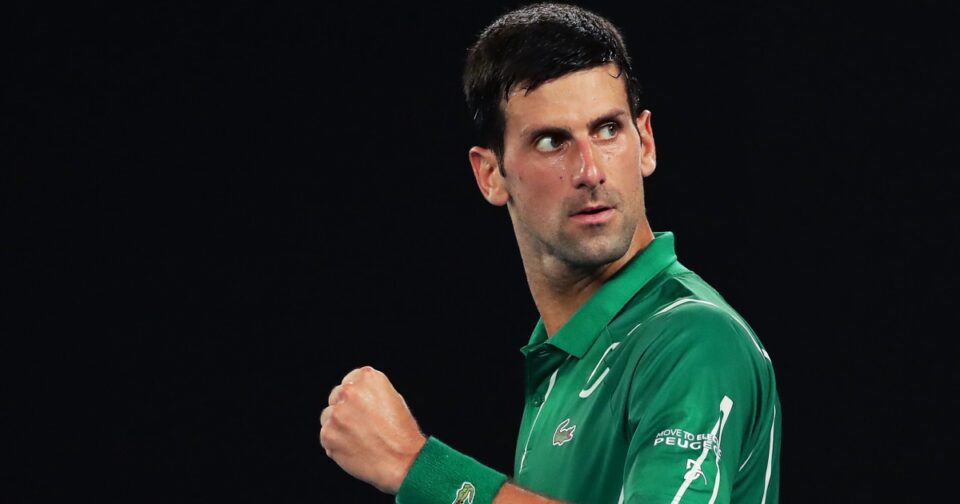 Lawyers for Novak Djokovic filed court documents in his challenge against deportation from Australia that showed the tennis star contracted Covid-19 last month.

The No. 1-ranked male tennis player was denied entry at the Melbourne airport late Wednesday after border officials canceled his visa for failing to meet its entry requirement that all non-citizens be fully vaccinated against Covid-19.

Djokovic, 34, was given a medical exemption backed by the Victoria state government and Australian Open organizers based on information he supplied to two independent medical panels.

But it has since emerged that the medical exemption, allowed for people who tested positive for the coronavirus in the previous six months, was deemed invalid by border authorities.

Djokovic is in immigration detention in Melbourne preparing for his challenge in the Federal Circuit Court on Monday.

The Serbian risks missing more than one Australian Open if he fails to have his visa cancellation overturned and gets deported for not having enough evidence to support a medical exemption.

He could be barred for up to three years.

In an emailed response to The Associated Press about what could transpire if Djokovic loses his legal fight, the Australian Border Force said: “A person whose visa has been cancelled may be subject to a three-year exclusion period that prevents the grant of a further temporary visa.”

“The exclusion period will be considered as part of any new visa application and can be waived in certain circumstances, noting each case is assessed on its own merits.”

Australian Open organizers have not commented publicly, except to tell Australian newspapers that no players have been misled over the vaccination requirements.

Tournament director Craig Tiley has continued working with Djokovic, hoping to get the defending champion into the tournament that starts a week from Monday.

Djokovic, who shares the men’s record of 20 Grand Slam singles titles with Roger Federer and Rafael Nadal, is one of two players put into detention in a hotel in Melbourne that also houses refugees and asylum seekers. A third person, reported to be an official, left the country voluntarily after border force investigations.

The other player was identified on Friday by the Czech Republic embassy in Canberra as 38-year-old doubles player Renata Voracova.

Djokovic reached out to the world for the first time in three days later Friday night, posted on social media to mark the Orthodox Christmas and thank his supporters. There’s been large-scale rallies in Belgrade and small groups of supporters have gathered daily outside his detention hotel.

“Thank you to the people around the world for your continuous support,” Djokovic posted on Instagram. “I can feel it and it is greatly appreciated.”

Chinese Players Could Be Cut Off From Overwatch, Starcraft And Others As Blizzard-NetEase Partnership Ends

‘I should not be here’: Injured Club Q survivors share details of the attack and their paths toward recovery