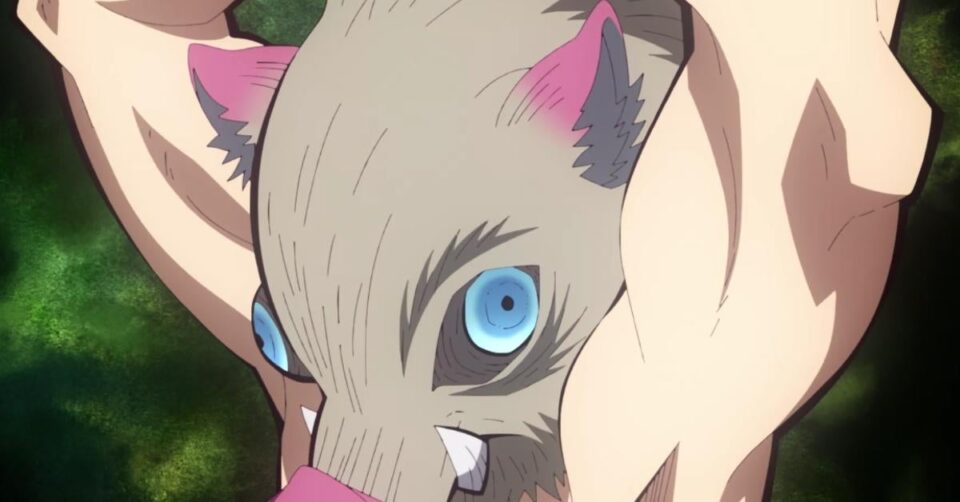 Demon Slayer: Kimetsu no Yaiba showed off one of Inosuke Hashibira‘s strangest abilities yet with the newest episode of the series! The second season is finally starting to heat up as the newest episode of the series got to the real meat of the Entertainment District arc of Koyoharu Gotouge’s original manga series, and that also means that the main fight for the arc is brewing as well. With the Upper Rank demonic threat Daki now out in full force and fighting against Tanjiro Kamado, and Zenitsu missing, it’s Inosuke’s turn to get into the fight next with the newest episode.

Although fans have seen Inosuke sporting some very unique techniques and abilities throughout the series thus far (as he has formed a number of ways to keep himself strong and alive throughout his upbringing in the mountains), the newest episode sees Inosuke tracking the demons’ scent to an underground cavern beneath the Yoshiwara District. In order to get there, Inosuke reveals he can dislocate his joints and essentially worm crawl his way down into the depths of the Earth without much resistance.

Episode 5 of Demon Slayer‘s Entertainment District arc sees Inosuke grow impatient with their current investigation, and after finding a lead on the demons in the previous episode, he decides to take it into his own hands and begins recklessly running through his courtesan house. He then finds the small hole that Daki’s scarf has been running through, but finds he can’t fit into it at first. Then he dislocates all of his joints and reveals that as long as he can fit his head into it, there’s virtually no space he can’t fit into.

We see the proof in the pudding shortly after as Inosuke worms his way through the long tunnel Daki has carved underground and he soon comes across what the demon refers to as her “food locker” filled with all sorts of victims (like Tengen’s missing wives)  who are being kept alive in a stasis within her scarf until she’s ready to eat them. Thanks to Inosuke’s strange ability, these victims (and Zenitsu) are saved just in time.

That means while he continues to move recklessly, it just proves how fine tuned each of Inosuke’s senses are. His high sense of intuition is what led him to go underground in the first place, and the go-with-the-flow nature of his physical abilities prove how much of an asset he really is. But what do you think of Inosuke’s strange new ability? Let us know all of your thoughts about it in the comments! You can even reach out to me directly about all things animated and other cool stuff @Valdezology on Twitter!