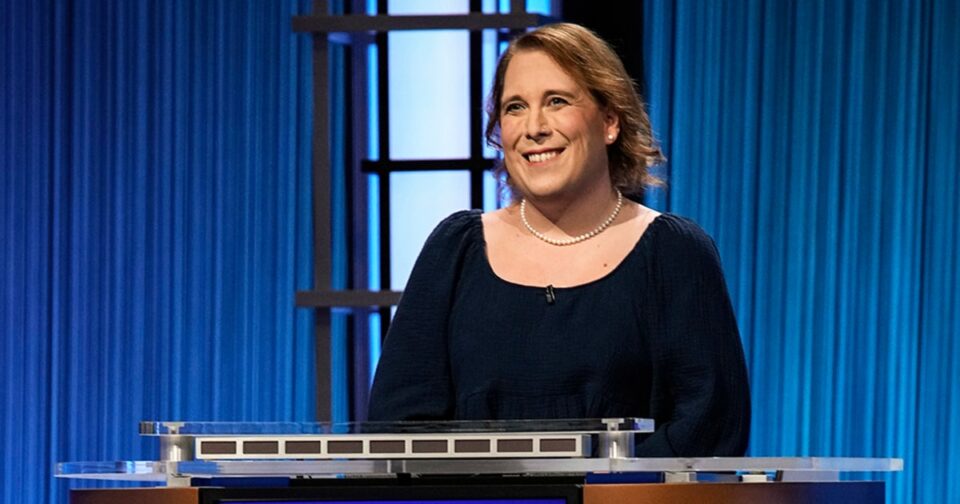 The engineering manager is the fourth person in “Jeopardy!” history to take home more than $1 million in prize money. Her $42,200 win Friday brings her total tally to $1,019,001.

“It feels amazing, it feels strange,” Schneider, who recently became the show’s highest-earning female contestant, said in a statement. “It’s not a sum of money I ever anticipated would be associated with my name.”

Schneider, an engineering manager in Oakland, California, made history last month as the first transgender contestant to qualify for the Tournament of Champions.

Ken Jennings, who is co-hosting the show’s 38th season with actress and neuroscientist Mayim Bialik, is the highest-earning contestant to play “Jeopardy!”

Schneider will get a chance to add to her winnings win she appears on Monday’s episode.

Earlier this week, the contestant said she had been robbed over the weekend. She said on Twitter that someone stole her phone, credit cards and ID on Sunday.

“Hi all! So, first off: I’m fine. But I got robbed yesterday, lost my ID, credit cards, and phone. I then couldn’t really sleep last night, and have been dragging myself around all day trying to replace everything,” Schneider tweeted Monday evening.

A 4-year-old vanished from her South Carolina home in 1986. Her alleged killer was just found.

Like a true Californian, sea lion takes the 94 to the 805 before freeway rescue