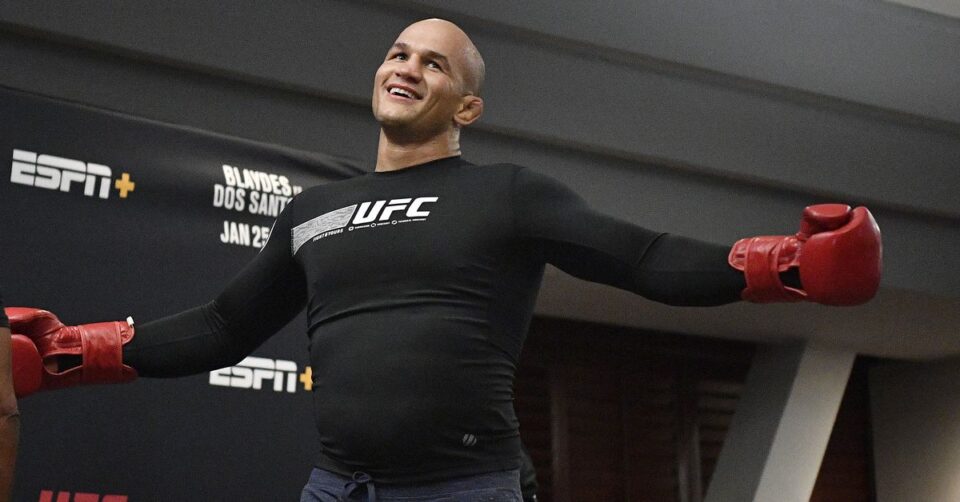 In 2021, we all witnessed the debut of Triad Combat. It’s Triller’s latest brainchild that involves new age combat sports rules, aiming to level the playing field between boxers and MMA fighters.

After what’s deemed as a successful event by “Rampage” Jackson, at least, the second installment of Triad Combat is already being finalized. According to MMA Junkie, Triad Combat 2 will take place on February 26 at the Toyota Center in Houston.

And as previously reported, it will be headlined by former UFC champion Junior Dos Santos, who makes his (mixed rules) boxing debut against two-time world title challenger Kubrat Pulev. Pulev made a strong Triad Combat debut when he knocked out Frank Mir inside two minutes of action.

The undercard features a former UFC champion in Vitor Belfort, who takes on former multiple-time light heavyweight titleholder, Chad Dawson. Other UFC alums on the card include Jimmie Rivera, who takes on veteran boxer Samuel Teah, and Sam Sicilia, who takes on another seasoned boxer in Dakota Linger.

Here are the announced bouts so far:

How to Tell the Difference Between IT Fads and Trends