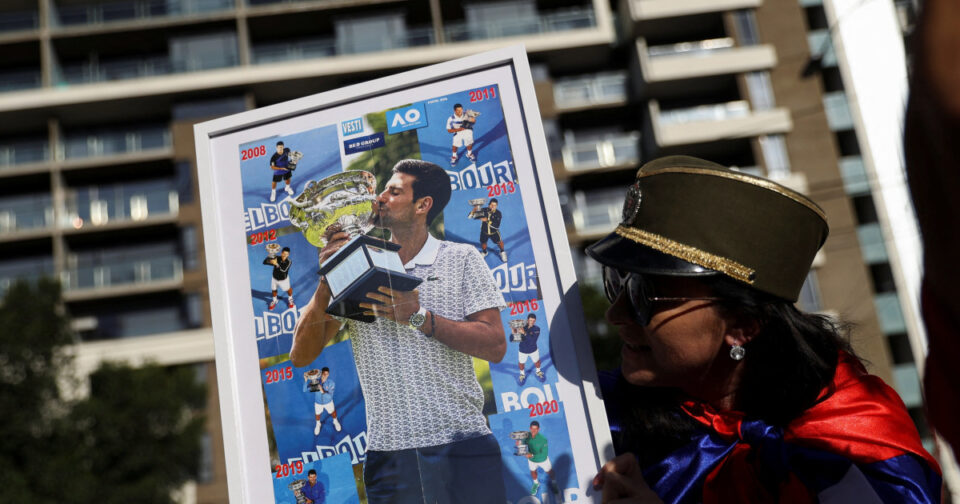 A judge has rejected a request by Australian authorities to delay Novak Djokovic’s court hearing until Wednesday, as the tennis star prepares to challenge a decision to cancel his visa.

As a result, government lawyers will have defend their decision to bar entry to the men’s world number one over his Covid-19 vaccination status on Monday, as planned.

The ruling by Judge Anthony Kelly of the Federal Circuit and Family Court of Australia did not say why authorities had sought to delay the hearing until five days before Australian Open where Djokovic is hoping to win his 21st Grand Slam title.

His participation, a week before the season’s first major tennis tournament is set to begin, is now a major doubt. Instead of training, he has been confined to a hotel used to accommodate asylum seekers.

In an email to NBC News Sunday, Australia’s Department of Home Affairs said it had “no comment,” about the ruling because “the matter was before the courts.”

The furor surrounding Djokovic, 34, began when he announced on Instagram Tuesday that he was granted an exemption permission from Covid-19 vaccination to fly to Australia to take part in the tournament.

While he was in the air, questions were raised about exactly how and why Djokovic was granted the exemption, amid a worsening epidemic situation in Australia.

The country’s Covid-19 rules stipulate that incoming travelers must have had two shots of an approved vaccine, or must have an exemption with a genuine medical reason to avoid quarantine. All players, staff, officials and fans also need to be fully vaccinated to enter the tournament.

Upon landing in Melbourne on Wednesday, Djokovic was denied entry after his visa was canceled for failing to provide appropriate evidence to meet entry requirements.

The Serbian has so far declined to reveal his vaccination status.

In papers filed to the court Saturday his lawyers argued that he had been granted an exemption due to contracting — and recovering from — the virus in December.

However, that claim has been subjected to more scrutiny after photos of Djokovic have emerged on social media, showing him attending public events without a mask on the day his lawyers say he tested positive for Covid-19 and the day after the diagnosis.

It is not known whether Djokovic was aware that he had tested positive when he attended the events in the photographs.

NBC News has reached out to his representatives for comment.

In a court filing ahead of the hearing on Monday, government lawyers said the Australian government had not given Djokovic an assurance that a medical exemption he said he had to enter the country without Covid-19 vaccination would be accepted.

While awaiting his hearing, Djokovic had to spend four days in immigration detention in a Melbourne hotel used to house refugees and asylum seekers. Some of his Australian fans, many draped in Serbian flags and wearing “Novak” t-shirts, have protested outside the hotel in his support.

His family has accused the Australian government of holding him as a “prisoner.” However, the country’s authorities rejected those claims saying the player was free to leave Australia at any time.

Djokovic thanked his supporters in an Instagram post on Friday, as he celebrated Orthodox Christmas in detention. “I can feel it and it is greatly appreciated,” the player said.

Other players who were granted medical exemptions by Australian authorities have also been scrutinized and swept up in the drama around Djokovic.

Renata Voracova, a 38-year-old Czech doubles player, was detained in the same hotel over a vaccine dispute before leaving Australia on Saturday, the Associated Press reported.