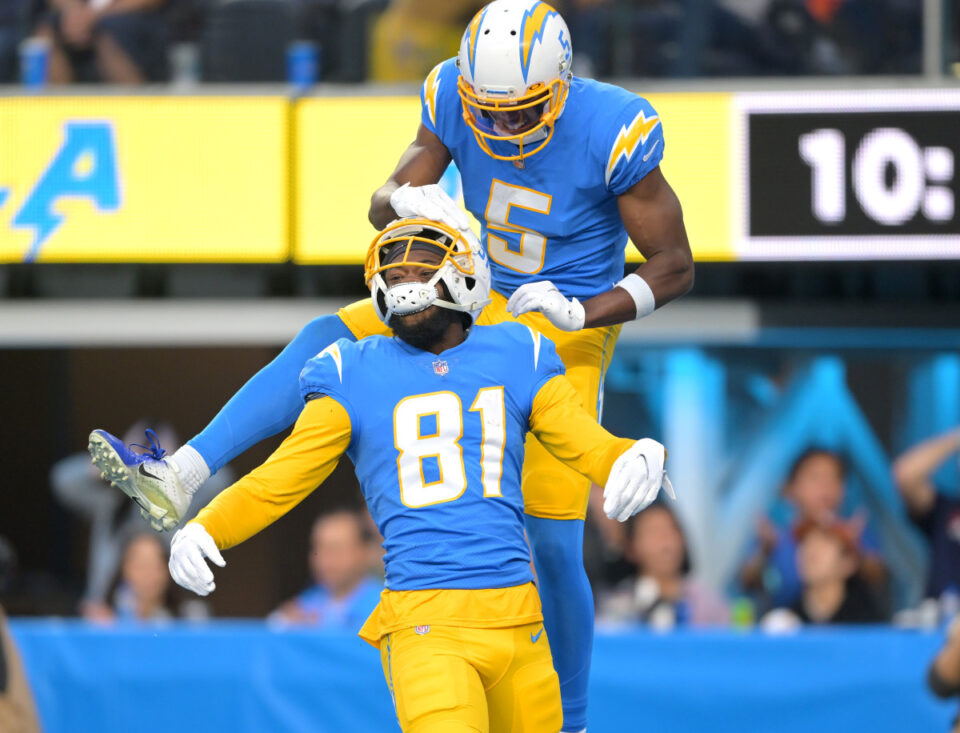 The Los Angeles Chargers (9-7) will be facing off against the Las Vegas Raiders (9-7) at Allegiant Stadium at 5:20 p.m. local time on NBC in a “win, and you’re in” matchup. It will be Al Michaels (play-by-play), Cris Collinsworth (color), and Michele Tafoya (sideline).

The Chargers are coming off a good 34-13 victory over the Denver Broncos last Sunday. The offense scored a touchdown right away, but it took them a while to get jump started, but it was a good performance from them.

The defense was able to slow down Broncos quarterback Drew Lock but only sacked him once and hit him three times. Special teams were a big part of the game as returner Andre Roberts had a 101-yard touchdown while gunner Kemon Hall recovered a muffed punt.

The Raiders are coming off a big win over the Indianapolis Colts that was a low-scoring affair between the two teams. Their offense moved the ball constantly thanks to quarterback Derek Carr. Receiver Zay Jones had eight catches for 120 yards, which was needed for the offensive flow.

The defense held Colts quarterback Carson Wentz to 148 passing yards and got pressure on him often. Jonathan Taylor had 108 rushing yards and a touchdown, but the Raiders defense did a good job of holding them in check.

Chargers o-line vs. Raiders d-line. The Raiders main four defensive linemen have 23.5 sacks, with Yannick Ngakoue and Maxx Crosby leading the way. They will try to disrupt Justin Herbert by bringing constant pressure. The Chargers offensive line will be whole, so they need to protect their quarterback and keep him clean.

Keenan Allen. He has been one of the best receivers on third down the last few seasons, so expect him to be the mover of the chains on Sunday. He has caught a touchdown in three of the previous four games. The Chargers need a big game from their best receiver.

Chris Harris Jr. will be in the slot for most of the game, so that means the veteran will be tasked with guarding Raiders slot receiver Hunter Renfrow. He has over 1,000 yards this season and has been a special player for the Raiders. The veteran cornerback will need to be on his A-game, and he needs to take it to the young receiver.

Key to the game

The Chargers pass rush need to get after Derek Carr. The Raiders offensive line has been good this season, so the pass rush is going to need to step up. In the first matchup, the Chargers got after Carr by sacking him four times and hitting him seven times. They will need to replicate the performance if the Chargers are going to win.

Chargers are -3 favorites heading into Sunday. The Chargers need this game because it is the start of the Staley/Herbert era, and they need playoff experience. That is a great measuring stick to see where you are as a team moving forward. The Chargers need to make the playoffs.