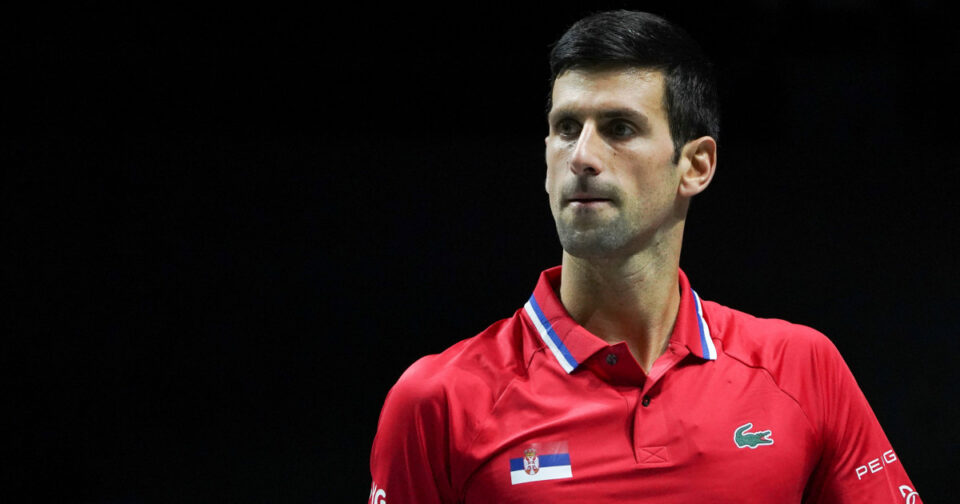 “I couldn’t believe that Djokovic is here,” Choopani, 24, told NBC News in a Friday video call from his room in the makeshift immigration detention center, which is home to 36 asylum seekers.

“I hope he shares what he’s seen,” he said, adding that the locked windows, lack of fresh air and poor food were taking a mental toll on him and other residents.

The 20-time grand slam winner moved into a room on the floor below Choopani last week after Australian border officials canceled his visa, for failing to provide appropriate evidence to meet entry requirements.

The country’s Covid-19 rules stipulate that incoming travelers must have had two shots of an approved vaccine, or must have an exemption with a genuine medical reason to avoid quarantine.

Ahead of a court hearing on Monday, the Serbian tennis star’s lawyers argued that he had been granted an exemption due to contracting — and recovering from — the virus in December, in papers filed with the Federal Circuit and Family Court of Australia.

As he waits for his case to be heard, Djokovic has been confined to the Park Hotel, a gray five-story immigration detention center in an inner city suburb of Melbourne — a little more than 2 miles from the luxurious city hotels where most of the other players competing in the Australian Open tennis tournament are staying.

His mother, Dijana, was less than impressed, telling reporters at her family’s restaurant in Belgrade last week that it was “dirty” and infested with bugs. She also criticized the food.

This was echoed by Choopani, who called the hotel’s food “disgusting.” He said that on a number of occasions he had found maggots in some of the food and was given moldy bread to eat.

Another detainee, Mohammed Joy Miah, posted images of the insects in their food on social media late last month.

Choopani added that conditions in the hotel, which is also being used to quarantine travelers who have tested positive for Covid-19, had “mentally destroyed” some of the residents.

“All people do is just stay in their room,” he said.

Facing oppression as a member of the Ahwazi Arab minority in Iran, Choopani said his family had urged him to flee. At just 15 years old, he made his way to Indonesia, where he boarded a boat for Australia.

The vessel was intercepted by authorities, and Choopani has been detained ever since. Australia has a mandatory detention policy for anyone arriving without a visa, and to deter people arriving by boat.

Choopani said he spent most of that time in offshore processing centers in the South Pacific on Christmas Island and the island of Nauru.

He added that he had lived in a number of detention centers after moving to the mainland in 2019, before he ended up in the Park Hotel in November.

“Nine years of my life are gone for nothing,” he said, adding that he was “heartbroken” to admit that his teens and early 20s had been wasted and he had missed out on things like a graduation party and having a girlfriend.

He said detention also prevented him from starting a family, or getting a job. He had never been convicted of a crime, “just simply asked for asylum,” he said.

“I sleep all day and when I wake up, I watch a bit of a movie and that’s it — I’ll take my medication again and sleep,” he said.

Choopani doesn’t know when he’ll be released, but when it comes to his own potential freedom he said he dreamed of walking down the street on his own without being guarded.

NBC News has reached out to the Australian Border Force, which uses the hotel to house asylum seekers, for comment. In a statement to The New York Times, it said detainees in immigration hotels had “access to dedicated indoor and outdoor exercise and activity areas,” appropriate food, “clean, comfortable sleeping quarters” and other amenities.

While it is unclear what conditions Djokovic is being held in, his case has shone a spotlight on Australia’s immigration system.

“Djokovic might spend a few days in detention but the refugees have been held for 8 years with no end in sight, for no good reason, other than the cruel politics of borders,” the activist group Refugee Action Collective Victoria said in a statement Thursday.

Choopani said he hoped Djokovic would highlight the hotel’s conditions.

“I wish Mr Djokovic can be our voice and talk about us,” he said.

Kate, the Duchess of Cambridge, turns 40

Alec Baldwin says he will comply with ‘Rust’ shooting probe