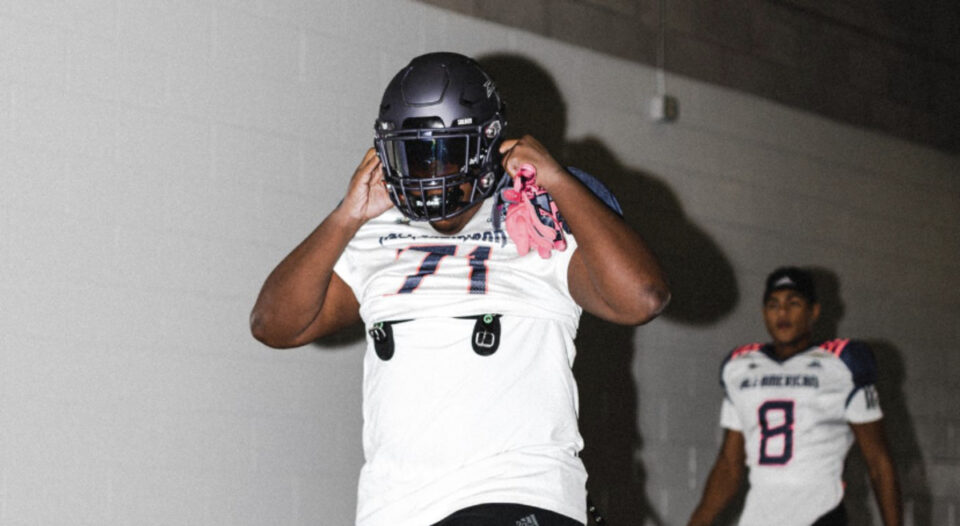 Offensive tackle Earnest Greene is the newest addition to the class of 2022 for the Georgia Bulldogs. He broke down his decision with Dawgs Daily on SI.com

Earnest Greene was a much-needed addition to the 2022 recruiting class for Georgia. In a class with several solid offensive line prospects, Georgia needed the shiny SI99 member in the group and they potentially landed one in Earnest Greene.

Greene was on the fridge of the SI99 but after a strong showing in San Antonio, there’s a strong chance he slides into SI All-American’s elite list of prospects.

Dawgs Daily on SI.com caught up with Greene following the Adidas All-American Bowl to get an understanding of why he chose Georgia.

“Ever since I got my first opportunity to get out there, it just popped I felt like it felt like home. I always told myself, I know where am I am at and where I feel at home every time I step on campus with Coach Smart, Coach Luke, Coach Eddie Gordon I felt all of them were my dudes.”

Greene was the only Georgia Bulldog signee on the West Coast’s roster here in San Antonio, so he got rather acquainted with both Mykel Williams and Marvin Jones who shined for the East team throughout the week and on game day.

Earnest Greene on going against the defensive line commit to Georgia during the week.

“What I learned is that Georgia is going to have one of the best fronts in the country and it is only going to make me better going against them everyday in practice.”

You Might Also Like:Scouting Notebook: What We Learned About UGAs Future at All-American BowlGeorgia Offense Key to Success is Spreading The WealthTodd Hartley Recognized as Tight End Coach of the YearJoin the community