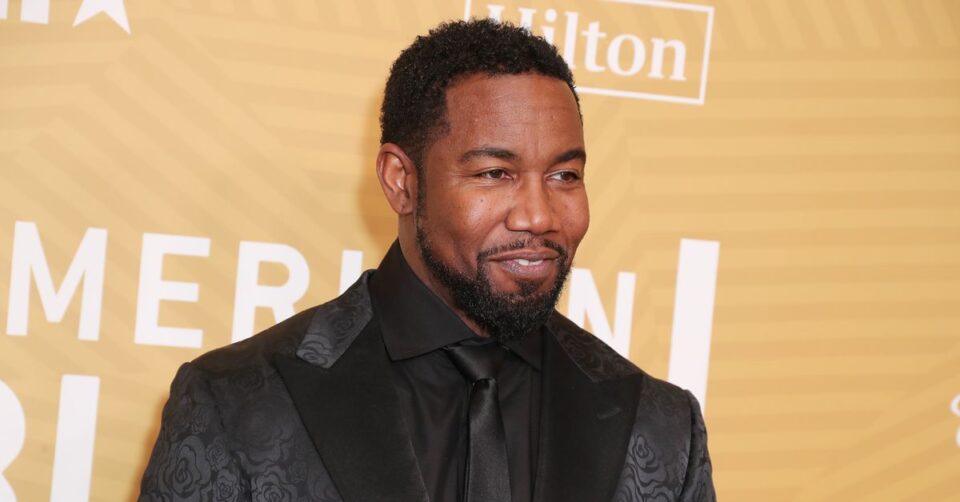 Michael Jai White’s career is inextricably linked with combat sports. While the headline of his bio might be his groundbreaking role as the first Black superhero in a major movie (Spawn, 1997), his personal breakthrough role was his 1995 portrayal of Mike Tyson in the HBO movie Tyson. He has subsequently developed a diverse filmography, but certainly one of the cornerstones of his career are his MMA movies, such as Blood and Bone (2009), Undisputed 2: Last Man Standing (2006), and Never Back Down 2: The Beatdown (2011).

He sat down with Bloody Elbow to discuss his newest action thriller, The Commando, also starring Mickey Rourke and Cowboy Cerrone, and wound up talking about the nature of MMA and the athletes who compete in the sport along the way.

In The Commando, White plays James Baker, a DEA agent with an acute case of PTSD. His ability to distinguish between what is real and what is not becomes blurred, just as his daughters find themselves the unlucky target of an ex-con just released from prison (Rourke).

The role hits close to home, as White’s brother-in-law and father-in-law have both dealt with PTSD. Still, he didn’t just work off personal experience. “I did a lot of research when I did Falcon Rising,” White says of his 2014 movie about a veteran fighting his way through the impoverished neighborhoods of Brazil.

When White, who still teaches martial arts, is asked as to whether he believes PTSD might play a role in the erratic behavior of some professional fighters, he says, “I would think there could be something there,” and then suggests that CTE could also possibly be a factor.

“My heart goes out to professional fighters,” White says. “Fighters come to represent our own toughness, and as we root for them to overcome adversity in the Octagon, they become our heroes who symbolize our own desire to overcome our own adversity. I just wish that all the love we have for them while they’re fighting would follow them more into their retirement.”

Acknowledging that fighters can suffer greatly in their chosen career, White comments on his online scuffle with former-UFC fighter Mike Perry, saying that ultimately he thought, “I can’t be angry with this guy. I am more worried for him.”

White has worked with MMA athletes-turned actors many times in his career and is enthusiastic about what they bring to the set. “They can’t hide from who they are,” White says. “They are all steeped in honor and you know who they are.”

That innate authenticity was something White was keen to capitalize on when directing his Western, The Outlaw Johnny Black (2021). He cast both Cowboy Cerrone and Randy Couture in that movie, and he was excited for another opportunity to work with Cerrone on The Commando, who he praises as charismatic and naturally gifted in front of the camera.

Another actor he was happy to work with again was Mickey Rourke. “I feel like Mickey Rourke is part of the last bit of old Hollywood,” White says. “He’s in that line of huge movie stars who just leap from the screen.” While Rourke plays a villain in The Commando, his character is beloved by all of his associates.

The Commando’s cast boasts another great actor in Jeff Fahey. White and Fahey had previously worked together on Dead Zone, but when asked if White knew that his co-star had once danced with the Joffrey Ballet, White laughs and says, “I did not! But I will tell you, he is one of the most fascinating human beings I’ve ever known, and funny as all hell.” In fact, Fahey received a full scholarship at age 25, considered incredibly old in the world of ballet. He danced with the Joffrey Ballet for three years and also taught ballroom dancing.

When asked how his time in martial arts applies to his career as an actor, White is quick with his answer. “The hardest obstacle to overcome is yourself,” he says. “When you apply the discipline you have acquired in martial arts to any other endeavor it is an incredible asset.”

The Commando is available on demand and in theaters January 7th.