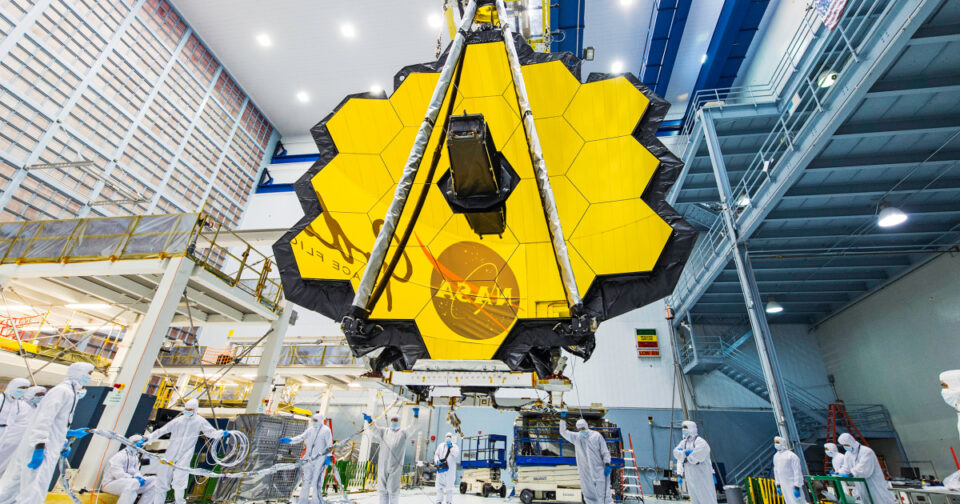 NASA has weaved its Webb.

The tennis court-size James Webb Space Telescope, which was folded up neatly inside a rocket for its much-anticipated launch on Christmas Day, is now fully deployed, NASA said Saturday.

Over the past 14 days, the observatory’s enormous gold-coated primary mirror and smaller secondary mirror were unfurled, and the telescope’s multilayered sunshield was extended. The announcement marks the completion one of the riskiest and most challenging maneuvers since it launched into space.

Finishing the two-week deployment was a critical milestone for the mission and involved dozens of carefully choreographed post-launch maneuvers. The telescope will now spend roughly two weeks journeying to its final destination, a stable position in orbit around the sun that is around 1 million miles away from Earth.

NASA has nicknamed the deployment process and the remainder of the telescope’s trip to its final orbit “29 days on the edge” because of the complexity of the procedures.

The $10 billion James Webb Space Telescope is designed to study the early days of the universe, roughly 100 million years after the Big Bang, when the first stars formed in the cosmos. The observatory, which was repeatedly delayed over more than 30 years of development, is meant to be a successor to the iconic Hubble Space Telescope.

The Webb telescope’s honeycomb-shaped primary mirror measures 21 feet across, making it the largest to fly in space. At nearly three times the size of Hubble’s mirror, the Webb telescope’s mirror will be sensitive enough to see celestial objects that were undetectable by previous observatories.

Those eager to see what breakthroughs lie in wait for the Webb mission will require some patience. Ground controllers will spend roughly six months calibrating the observatory’s cameras and onboard instruments before the telescope begins collecting scientific data.

Astronomers have said the Webb telescope could observe some of the most distant stars and galaxies in the universe, unlocking discoveries that may revolutionize humanity’s understanding of the cosmos. The telescope is also carrying instruments that can study the atmospheres of exoplanets, to search for possible chemical signs of alien life.