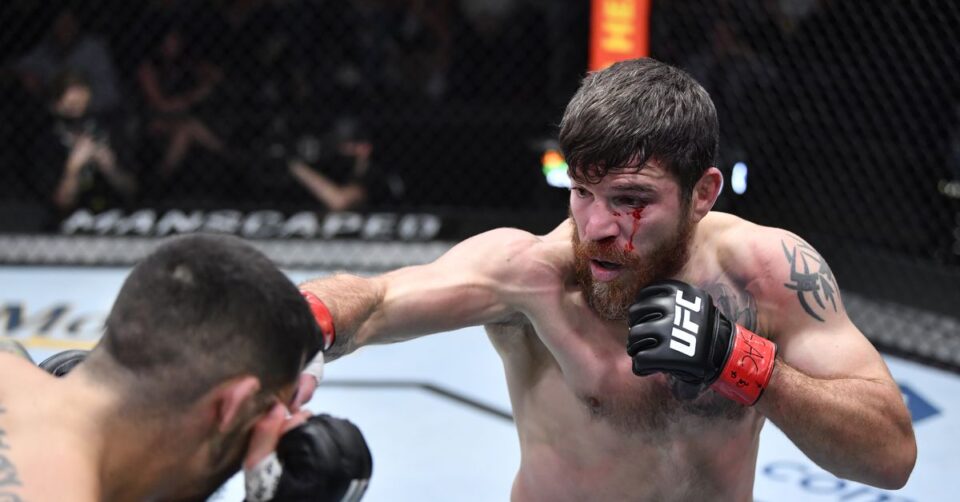 UFC lightweight ironman Jim Miller is set to face off with “Iron” at UFC Vegas 48.

Miller will take on up-and-comer Nikolas Motta at UFC Vegas 48, which takes place Feb. 19 at UFC APEX in Las Vegas. Motta and his management group Iridium Sports Agency announced the fight via Instagram.

Miller, 38, will get one fight closer to his immediate goal of 40 octagon appearances. The record-holder for most UFC bouts, most lightweight bouts and most lightweight wins has proven he’s still capable of competing with his younger colleagues, earning a knockout win over Erick Gonzalez in his previous appearance at UFC Vegas 40. The highlight-reel finish earned Miller his 13th performance bonus.

Motta, 28, gets the chance to pick off a UFC legend in his octagon debut. The two originally were set to face off this past September, but a positive COVID-19 test ruled out Miller. It marked the third time Motta’s octagon debut was postponed after a pair of bookings fell through.

Motta earned his UFC contract with a decision win on the Contender Series in November 2020. The result extended his current winning streak to three bouts and improved his record to 12-3.

Facing the 33-16 (1 no-contest) Miller, Motta will have his work cut out for him. Headlining the Feb. 19 event is a lightweight contest between ex-champ Rafael dos Anjos and Rafael Fiziev.