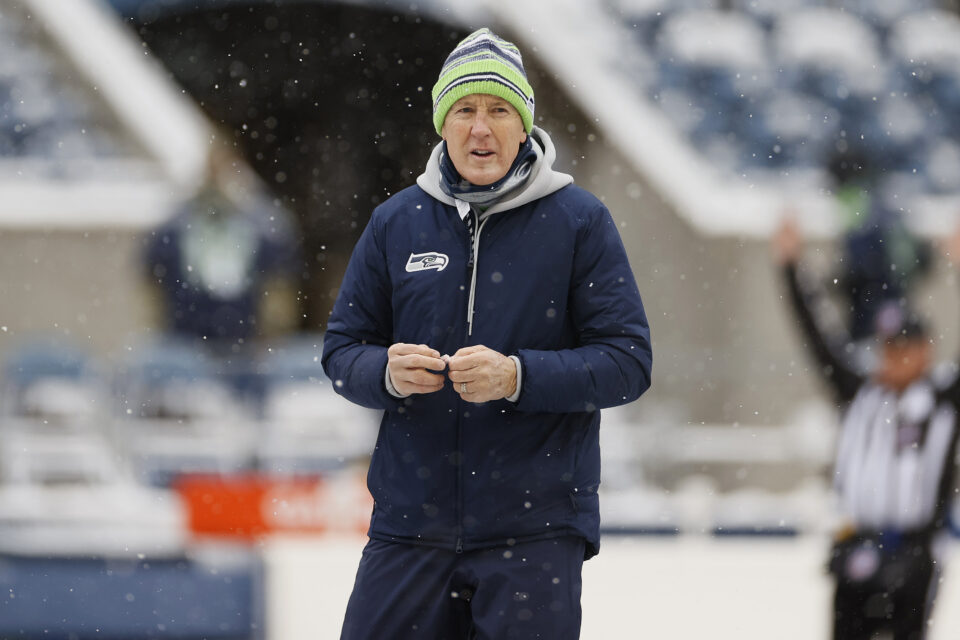 Ahead of the final day of the NFL regular season Sunday, speculation about potential coaching changes is getting louder.

Per CBS Sports’ Jason La Canfora, the New York Giants, Seattle Seahawks and Houston Texans are all “at least having internal discussions” about making a change at head coach after this season.

The most surprising team on that list is the Seahawks, if only because there’s been no real chatter about Pete Carroll being in danger. He signed a contract extension last season that runs through 2025.

“My goal is to win more Super Bowls, and my plan is to win them here,” Wilson said. “It’s that simple. There’s nothing really else other than that.”

It’s unclear if Wilson will want to pursue a trade this offseason, but this is the first time during his 10-year career the Seahawks have posted a losing record.

The Texans and Giants are both in a bad position right now and may want to move forward with someone new in 2022.

David Culley was hired by Houston in January 2021 after spending the previous two seasons as an assistant on John Harbaugh’s staff with the Baltimore Ravens. He has led the Texans to a 4-12 record heading into the final game of the season.

Joe Judge has a 4-12 record in his second season as Giants head coach. Ralph Vacchiano of SNY reported Dec. 13 that Judge was “widely expected” to be back for another season because team owner John Mara is high on him.

That report did come out before Judge went on an 11-minute rant defending the program he brought in after New York’s 29-3 loss to the Chicago Bears on Jan. 2.

Heading into the final game of this season, Judge has a 10-22 record for the Giants. They have ranked 31st in scoring offense in each of his two seasons as head coach.

The Jacksonville Jaguars and Las Vegas Raiders have already fired their head coaches during the season.