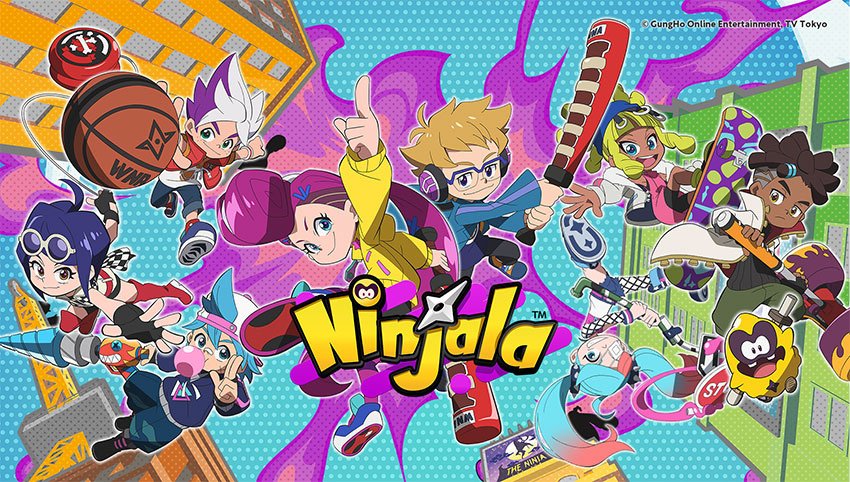 Towards the end of last year, GungHo Online Entertainment announced a brand new anime series for Ninjala. This one is said to be “more involved” than the previous YouTube cartoon series that already aired, and the plan is to “dive deeper into the game’s colorful world”.

GOE has now locked in the release date for the first episode’s launch date, and it will air next week on 13th January on the official Ninjala YouTube channel. Each episode will be available to everyone around the globe every Thursday, but the catch is they’ll only be around for a week at a time.

The team behind Ninjala has also shared an outline of the show on the game’s website. Here’s what you can expect:

Ninja-Gum, a substance known to strengthen the power of the Shinobi that dwells within and draw it out…Burton, Berecca, and Ron, three researchers at the World Ninja Association, or WNA, take it on themselves to develop it in secret. Unfortunately, they have only managed to produce failure after failure.

But after three whole years of experimentation, they finally succeed in producing Ninja-Gum! “Ninjala”, the extreme ninja battle tournament that uses Ninja-Gum is held in order to find the strongest Shinobi, but incidents and conspiracies involving Ninja-Gum and the existence of unknown beings take place behind the scenes…

Will you be watching? Tell us down below.