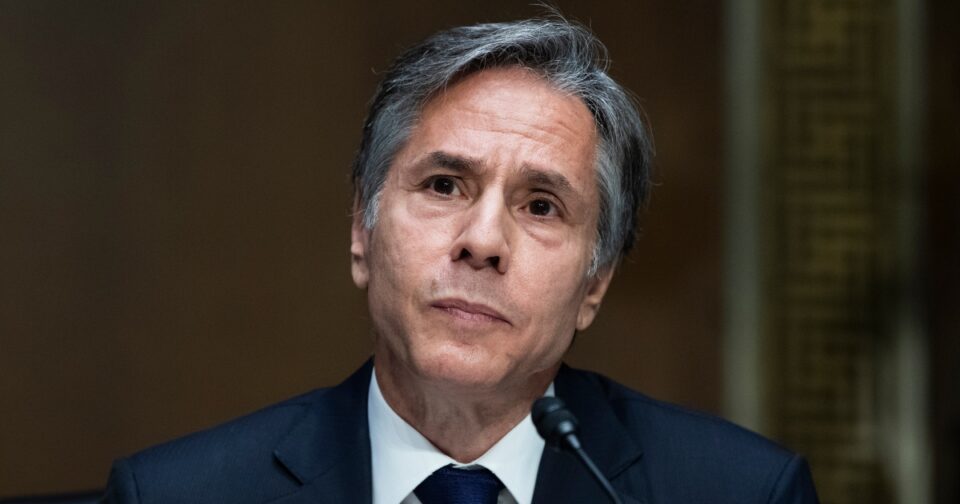 WASHINGTON — Secretary of State Antony Blinken said Sunday that he doesn’t expect any breakthroughs this week ahead of key talks between the Biden administration and Russia, ruling out reducing the number of U.S. troops in Eastern Europe and barring Ukraine from NATO.

Russia published draft security pacts last month demanding that NATO deny membership to Ukraine and other ex-Soviet countries, as well as that it roll back its military deployments in the region.

“Neither of those is on the table,” Blinken said on CNN’s “State of the Union” as Biden administration officials prepare for high-level talks with Russia this week.

He said in a separate interview on ABC’s “This Week”: “When it comes to the deployment of forces and troop levels, we’re not looking at troop levels. To the contrary.

“If Russia commits renewed aggression against Ukraine, I think it’s a very fair prospect that NATO will reinforce its positions along its eastern flank, the countries that border Russia,” he said.

U.S. officials told NBC News last week that the U.S. is ready to propose discussions about scaling back U.S. and Russian troop deployments and military exercises in Eastern Europe. After the article was published, White House National Security Council spokesperson Emily Horne disputed that the U.S. would consider reducing the number of troops stationed in Poland and the Baltic states.

With tens of thousands of Russian troops massed on Ukraine’s border, the Biden administration is threatening unprecedented sanctions and other tough steps if Russia takes military action against Ukraine.

Blinken previewed some of what the U.S. plans to bring to the table in talks with Russia this week, including limits on missile deployments and troop exercises. “There are confidence-building measures. There are risk-reduction measures, all of which, if done reciprocally, I think can really reduce tensions and address concerns,” he said on “This Week.”

But he cast doubt on making any breakthroughs when Russia “has a gun to the head of Ukraine with 100,000 troops near its borders, the possibility of doubling that on very short order.”

“I don’t think we’re going to see any breakthroughs next week. We’re going to listen to their concerns, they’ll listen to our concerns, and we’ll see if there’s grounds for progress,” he said in the ABC interview.

Deputy Secretary of State Wendy Sherman and other U.S. officials are due to meet their Russian counterparts Monday in Geneva, and then wider talks involving NATO and other European governments are scheduled to follow during the week.

CORRECTION (Jan. 9, 2022, 7:45 p.m. ET): An earlier version of this article misstated Emily Horne’s position. She is the spokesperson for the White House National Security Council, not the spokeswoman for the White House national secretary. The article also misrendered a quotation by Blinken. He said Russia has 100,000 troops on Ukraine’s borders with “the possibility of doubling that on very short order,” not “the possibility of doubling that on racial order.”

Why was there less lightning during lockdowns?

Michael Lang, organizer and producer of Woodstock, dies at 77