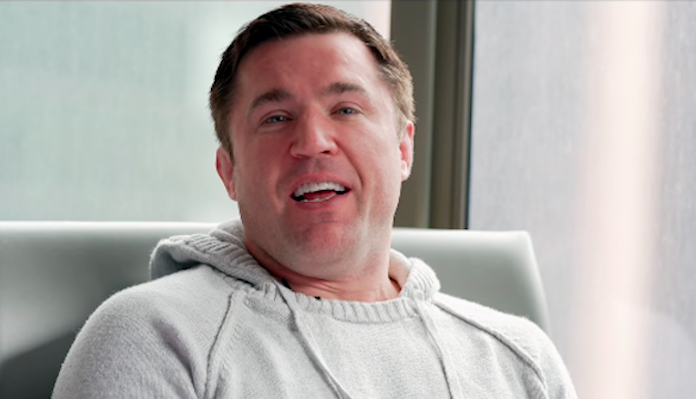 Chael Sonnen was not impressed with the “silliness” displayed by combat sports heavyweights Tyson Fury and Francis Ngannou.

Fury, the reigning WBC and The Ring magazine heavyweight champion, took to social media on Thursday where he posed the following question: “Who would like to see me fight this beast (Francis Ngannou) boxing rules @ufc gloves?”

‘The Predator’, who has made it clear that his next UFC contract needs to include options for boxing, responded to ‘The Gypsy King’ with the following:

“How about MMA rules with boxing gloves? I can do you that favor.” – Ngannou replied.

How about MMA rules with boxing gloves? I can do you that favor. https://t.co/NpCMOQ3DDu

“You want to come in to my world calling me & Wilder out to a boxing match? What I can guarantee you would be knocked out & also paid your highest purse to be so! So have a think.” – Fury questioned.

“After I handle business on Jan. 22, I’ll fight you under any special rule set you want. In a ring, an Octagon or a phone booth.” – Ngannou proclaimed.

After I handle business on Jan. 22 I’ll fight you under any special rule set you want. In a ring, an octagon or a phone booth. https://t.co/twRhBnFwwH

For former UFC title challenger Chael Sonnen, the recent back and forth between Tyson Fury and Francis Ngannou was nothing short of cringe worthy. ‘The American Gangster’ shared his take on the situation on his YouTube channel.

“Tyson Fury and Francis Ngannou were going at it.. Is that the word? They were going at it on Twitter. I don’t know if I agree with that because the level of silliness they did was really not fun or interesting in the least.” Sonnen Said. “So Francis has let Tyson know that as soon as he finished business here with Ciryl Gane, he will fight Tyson anywhere. In a ring, in a cage or in a phone booth. Now how are you going to get a camera in a phone booth? What does that look like? The fans fill up an arena, there’s a phone booth in the middle and they go in? Whoever comes out is the winner because we can’t see what’s going on in there? The whole thing just got weird when they said phone booth.”

“But Tyson, Tyson Fury added to the silliness himself by letting Francis know that he would box Francis wearing MMA gloves. So now you’re left with same, where does the camera go in the phone booth? Where are you going to box in MMA gloves? Who is going to try and sanction that? You just limited are options and who is going to watch that? You can’t call it boxing. Because boxing isn’t done with 4 ounce gloves. So now you’ve got a new sport created. It’s just weird. Where is the pride within your sport? If you are a boxer you don’t change the rules of boxing. You stand by your sport. This is how we do it here if this is where you’re coming.”

See Chael Sonnen’s full rant on the subject in the video below.

Francis Ngannou will be competing in the final fight of his current contract on January 22nd at UFC 270 in Anaheim when he squares off against interim title holder Ciryl Gane.

This article appeared first on BJPENN.COM