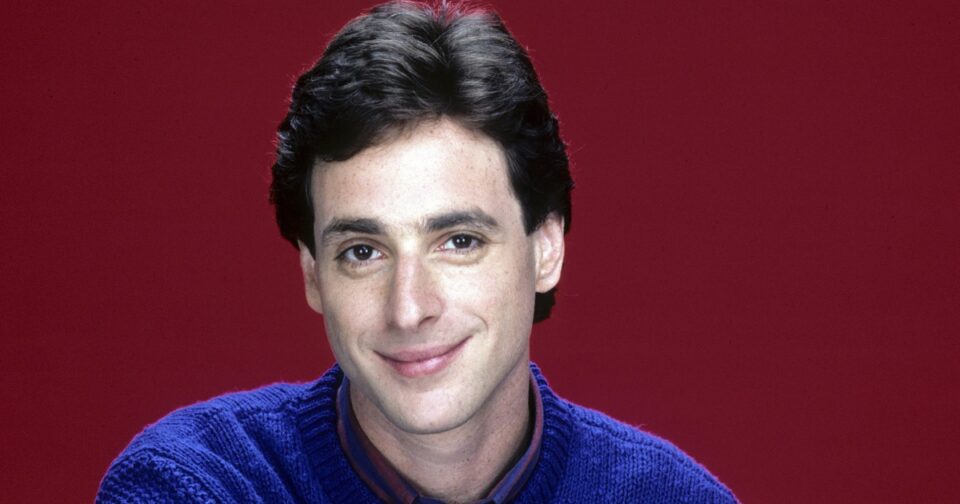 Actor and comedian Bob Saget was found dead in an Orlando, Florida-area hotel room Sunday, authorities said. He was 65.

The Orange County Sheriff’s Office confirmed his death, which was first reported by TMZ.

Deputies had responded to a room in the Ritz-Carlton Orlando, Grande Lakes, based on a report that someone was unresponsive there, the office said.

Sheriff’s officials said in a news release that deputies responded to a “man down call.”

“Detectives have found no signs of foul play or drug use in this case,” the sheriff’s office said. “This is all the information we have for release at this time and we do not anticipate further updates. The Medical Examiner’s Office will ultimately determine cause and manner of death.”

Saget, the star of television’s “Full House,” was “pronounced deceased on scene,” the sheriff’s office tweeted.

Saget had three scheduled Florida stops in this month on his “I Don’t Do Negative Tour,” including one Friday in Orlando. He described the performance on Twitter as “an all new show of standup and music.”

He was beloved as a comedian’s comedian, a rare Hollywood talent who could portray a wholesome father in prime time and still maintain a stand-up presence by exploring sometimes dark and epithet-laden humor.

He has been credited with one of the dirtiest versions of what’s been billed as the world’s dirtiest joke, as told in the 2005 documentary “The Aristocrats.”

In a clip of his “That’s What I’m Talking About” standup performance in Seattle in 2013, he spoke about his father, who he said told raunchy, inappropriate jokes to him in public. He described a childhood response to his dad: “I’m 11.”

Saget’s official bio describes his television successes “Full House,” which ran from 1987 to 1995, and “America’s Funniest Home Videos,” which hired him as its original host in 1989, as “two of the most family-friendly shows network TV has ever produced.”

As the widowed father Danny Tanner on “Full House” he portrayed a radio personality with three daughters whose wife and high school sweetheart had died in a car collision with a drunken driver.

He reprised the role on “Fuller House” beginning in 2016.

Yet his status as a Hollywood insider who might appear to be comfortable in the smoke-filled rooms of after-hours gamblers and A-list gallants persisted until that side of him became his public face in the 2000s, about the time he appeared in “The Aristocrats.”

That sleazier persona was immortalized on HBO’s show about the male side of the industry, “Entourage,” on which he played “himself,” according to his bio.

A&E aired a series, “Strange Days with Bob Saget,” in 2010. His bio billed it as “an exploration of unusual subcultures in America.”

He was hardly seen as a big-screen star, yet he put in plenty of work there, too. He was working on two film projects when he died and was scheduled to be included in a documentary about comedian Martin Mull, another talent who has explored his raunchy-wholesome dichotomy.

Born in Philadelphia and raised in Norfolk, Virginia, Saget began his life’s journey in entertainment by making Super 8 films as a teenager. His family moved to Los Angeles during those years, and he started doing stand-up at 17.

Early in his career he met television producer and super agent Brad Grey and got a break performing on “The Merv Griffin Show.” Saget landed his first film role in “Full Moon High” in 1981

He was married to food and travel writer Kelly Rizzo. He was married once before that, to Sherri Kramer, with whom he shared three adult daughters: Aubrey, 34, Lara, 32, and Jennifer, 29.

Saget had noted the parallels to his “Full House” role as the father of three girls.

Family members issued a statement Sunday that read, in part: “We are devastated to confirm that our beloved Bob passed away today. He was everything to us and we want you to know how much he loved his fans, performing live and bringing people from all walks of life together with laughter.”

The title of Saget’s memoir, “Dirty Daddy: The Chronicles of a Family Man Turned Filthy,” listed as a New York Times humor bestseller in September 2014, seemed to describe his own persona.

Hollywood luminaries and comedians were quick to lament Saget’s death Sunday. Fellow “Full House” actor John Stamos, who played brother-in-law Uncle Jesse, tweeted: “I am broken. I am gutted. I am in complete and utter shock. I will never ever have another friend like him. I love you so much Bobby.”

Norman Lear, one of television’s most influential creators, tweeted: “Bob Saget was as lovely a human as he was funny. And to my mind, he was hilarious. We were close friends and I could not have loved him more.”

Fellow comedian Margaret Cho tweeted: “It doesn’t seem real to me yet, I just saw him last week and it’s hard to even imagine him not being here. He was the best.”

Candace Cameron Bure, who played one of the daughters on “Full House,” also spoke about Saget’s character.

“Bob was one of the best humans beings I’ve ever known in my life,” Bure, who portrayed D.J. Tanner, tweeted. “I loved him so much.”

Billy Crystal called Saget “one of the funniest and sweetest people I have ever known,” adding, “My love to his beautiful family.”

Chael Sonnen scolds Tyson Fury for “silly” challenge to Francis Ngannou: “Where is the pride within your sport?”